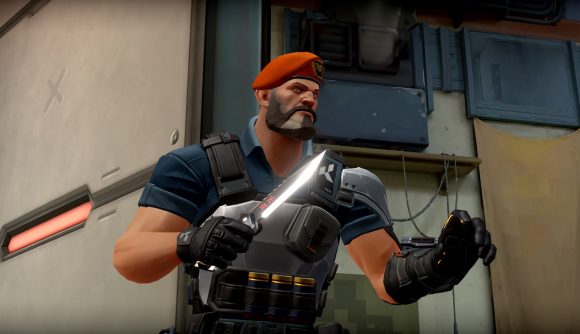 Breach has received some changes to his kit in Valorant‘s recent 1.11 patch. The only problem is, though, is that you wouldn’t know that from looking at the patch notes.

Several confused Breach mains took to Reddit to flag that his Fault Line now leaves a gap in front of him – pondering if Riot Games intended it or not. Thankfully, someone from Riot popped along to tell people that the change was intentional, and was missing from the patch notes in error – it “slipped through the cracks”, if you will. The agent’s Fault Line now charges 20% faster and casts eight metres in front of him, as does his Rolling Thunder ability.

Riot has made these changes to aid you in not leaving your teammates totally blind and stunned. The reception is a tad mixed so far, people seem to be keen on the idea but feel eight metres is a tad too far as it’s proving easy to miss the enemies entirely. The change is new, so people may get used to it, but we’ll wait and see.

Valorant’s latest patch has come back into play after it had to be halted and pulled in several territories due to several glitches. One involved Sage’s character model stretching across your screen, and it was awful.

If you want to know more about Valorant’s characters, you know where to click.