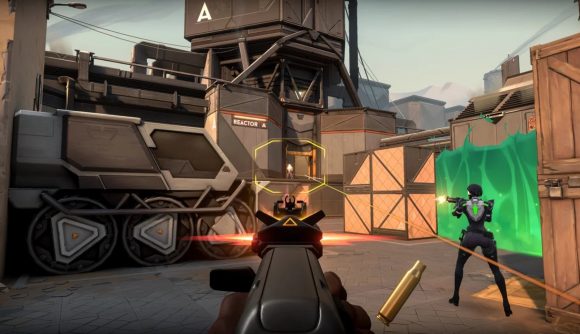 If Riot’s mash up of Counter Strike: Global Offensive and Overwatch has caught your eye then you’re in luck. The League of Legends developer is hosting a Valorant closed beta starting April 7, so you can give it a shot if you manage to get in.

Getting involved is straightforward. Simply make a Riot account if you don’t have one, link it to a Twitch account, and then tune into a Valorant stream next week. The beta will be limited to players in Europe, Canada, Russia, Turkey, and the United States. Riot does say, though, that it’s open to including more regions as time goes on. That all depends on how the current COVID-19 pandemic unfolds.

Riot didn’t say how long the closed beta would last, but did explain it wanted to keep it as short as possible as it still intends to launch the game in the summer. Another thing to note is that your closed beta progress won’t carry over when the game launches. That said, If you purchase in-game points then you’ll get them back plus 20% more when the Valorant release date hits.

If you’ve been out of the loop, Valorant is a 5v5 tactical shooter that combines CS:GO’s gunfights with Overwatch’s character abilities. The main game mode we’ve seen so far involves one team trying to plant a bomb, and another squad on defence. Each game is best of 24, so there are plenty of opportunities to mount a comeback if you fall behind.

If you’d like to know more, we’ve written some guides on Valorant characters and Valorant weapons. We’ve even dipped into the Valorant economy as buying guns can be a bit daunting at first, despite the tactical flexibility it offers. We’ve also rounded up the best FPS games on PC, so if you don’t get into the closed beta, then you can still shoot something.