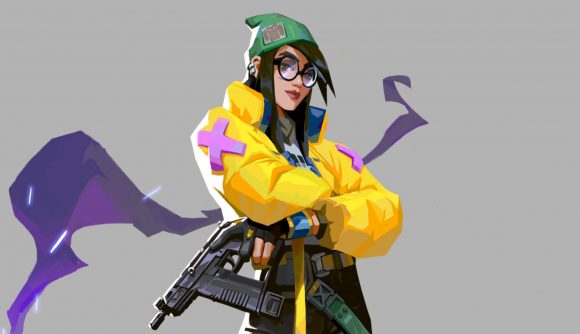 Following a series of leaks, developer Riot Games has officially announced Valorant‘s new agent is named Killjoy, and she’ll be coming to the game on August 4.

Killjoy is described as “the genius of Germany” who “effortlessly secures key battlefield positions with her arsenal of inventions”. An official synopsis continues: “If their damage doesn’t take her enemies out, the debuff her robots provide will make short work of them.”

As was leaked just recently, Killjoy has a number of deployable abilities at her disposal. Alarmbot, for example, is a small robot which hunts down nearby enemies and, once it reaches one, deals damage and leaves them vulnerable to double damage from other sources. Second is a fairly standard autoturret, and third is a Nanoswarm grenade, which deploys a “damaging swarm of nanobots”. Finally, Killjoy’s ultimate, Lockdown, is a deployable device that traps enemies in its radius, rendering them highly immobile and vulnerable to attack. You can read these abilities’ official descriptions at the bottom of this page, via Riot.

For more on the new agent, check out everything we know about Valorant’s Killjoy. 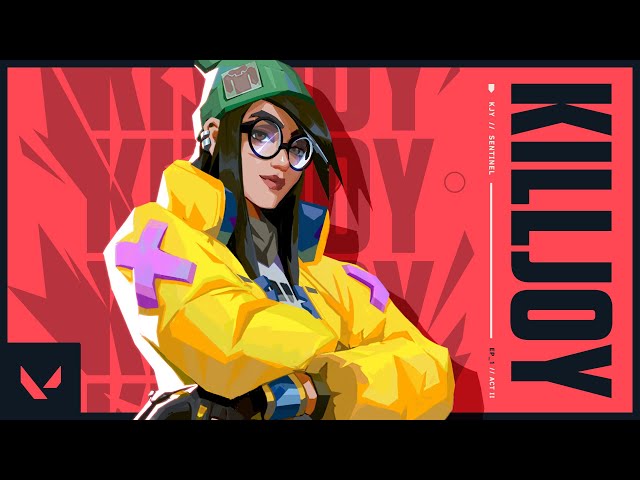 In other news on the FPS game’s roadmap, Riot has said it’s considering adding in-game replays to help you improve, though we won’t be getting a map selection screen any time soon.

Equip a covert Alarmbot. Fire to deploy a bot that hunts down enemies that get in range. After reaching its target, the bot explodes, applying Vulnerable. Hold equip to recall a deployed bot.

Equip a Turret. Fire to deploy a turret that fires at enemies in a 180 degree cone. Hold equip to recall the deployed turret.

Equip the Lockdown device. Fire to deploy the device. After a long windup, the device Detains all enemies caught in the radius. The device can be destroyed by enemies.