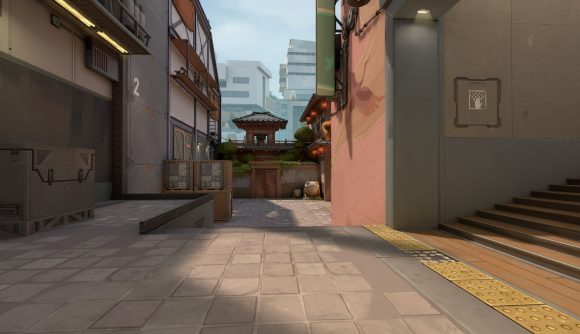 The Valorant release date is at last here. Starting today (June 2) you can dive into the FPS game’s launch version, which brings new content, a whole batch of agent balance, map, and performance updates, and more. Speaking of which, now is great time to get a look at all the multiplayer game’s tweaks and tinkerings now it’s out in the wild, and see exactly what’s changed and what’s new.

Handily, developer Riot Games has now posted the full set of Valorant patch 1.0 notes for us to eyeball, and we’ve included them below. Big news, naturally, includes the newest map to head to the game. As teased in teeny tiny writing in a Valorant release times tweet posted yesterday, it’s called Ascent, and based in Italy.

It sounds like the map’s layout will offer plenty of room for action, and it’ll be “slightly more common” in the Valorant matchmaking rotation for a short period to give players a chance to take it for a really good test drive.

There are also some key balance changes to some of the game’s agents, such as Sage, Omen, Raze, Jett, and Phoenix, who have “received a decent share of buffs and nerfs respectively to get them ready for launch”. Plus, Riot says, “the team rallied in this patch to fix a number of performance issues”, which are listed in full below – and there are more on the way, too.

Check out the full Valorant patch 1.0 notes below (via Riot Games):

We’ve brought in more sounds made by Agents under the category of sounds that display their audio distance on the mini-map via the white circle. This includes ability sounds, reloads, spike interactions and more.
Why? We wanted to provide players with the ability to understand when their noise can be heard by enemies and give them an idea of how far the sounds can be heard.

The team rallied in this patch to fix a number of performance issues. Our focus for this round is primarily on the framerate dips you may sometimes experience in combat. Simpler scenarios, where very little is happening, may not see the same dramatic gains in FPS. Rest assured, we’re not done improving performance and you can expect to see more from us on this subject in upcoming patches.