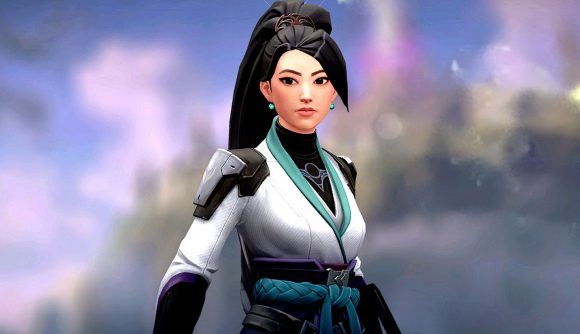 The Valorant release date has come and gone, and the game has a new patch out, bringing it to version 1.01. More important than version numbers, however, are the changes it makes to the game. There aren’t many this time, but they’re significant: Sage, one of Valorant’s only healing characters, is getting a nerf to her Barrier Orb ability, while the new Spike Rush mode is getting a bunch of new orbs.

Up top in the patch notes, which Riot has posted to the official Valorant site, is the nerf to Sage. Her Barrier Orb, which allows her to plunk down a wall to block off passageways or boost allies to raised areas, has had its range cut in half, from 20 meters to 10 meters.

“As a Sentinel, Sage is supposed to be most effective when defending territory that she already controls,” Riot explains in the patch notes. “The 20m cast range was allowing Sage to aggressively take control of neutral territory in a way that was inappropriate for her role in Valorant.”

The other major change in Patch 1.01 is to the new Spike Rush mode, which is getting new orb varieties for players to experiment with. These include the Health Orb for team-wide health regen, the Deception Orb that applies a 10-second ‘paranoia’ debuff to the enemy team and reduces their vision, and a Golden Gun orb, which is a one-shot kill weapon that’s perfectly accurate and allows agents to move at knife speed.

The patch also includes some map fixes and performance enhancements.

Our performance work this patch primarily focuses on improving performance during combat and general performance improvements for high spec machines. The game should feel even smoother in combat and many scenes will likely have higher average FPS depending on your spec.

Combat Perf: We were able to fix a number of things causing dips during combat.

+FPS on Mid to High Spec: We were able to improve CPU bottlenecks in a few places across the code as well. Lower spec machines may still benefit from some of these improvements but would only see the gains during combat.