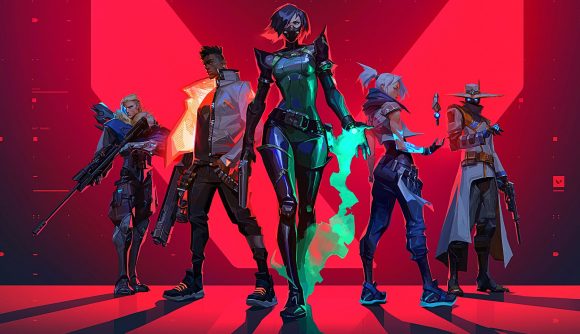 Valorant’s “edgy, magical, eerie” Reaver skin line has now made its grand return. The skin has come a long way since its first appearance during the closed beta, and Riot has put a great deal of work into making sure that it fits naturally into the game’s world and looks great but doesn’t distract.

Outside of it being pretty darn flashy, the skin’s big draw is that it evolves over time. There are four levels to progress through, so you’ll gradually unlock a custom firing sound, muzzle flash, reload animation, equip animation, glowing runes that light up the weapon model, and more. There are also three distinct variants: red, black, and white – each with its own VFX.

The Sheriff, Vandal, Operator, and Guardian Reaver skins can be purchased individually for 1,775 VP, while the Melee Reaver skin will set you back 3,550 VP. If you plan to buy the lot, your best bet is to grab the full Reaver bundle for 7,100 VP. So, yes, it’s a little pricey.

This is the second big Valorant story of the day, following news of some stealth tweaks for Breach in patch 1.11. The update had previously been rolled back due to technical issues but is once again in play.

If you’re looking for all the essential info on every Valorant character, simply click away. We’ve also got a handy list of the best multiplayer games on PC, just in case that tickles your fancy.