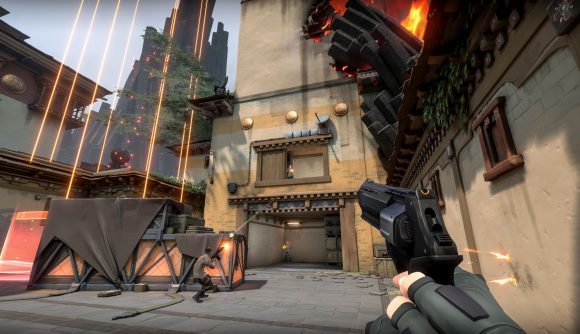 Riot Games has just made it easier to scoop a place in the Valorant closed beta. While you previously needed to watch designated Valorant Twitch streams for a certain period of time to be eligible for a closed beta drop, the FPS game’s dev has now extended this wider, so “all Twitch streams can drop closed beta access” – as long as the streamers are actively playing the game.

That’s according to a new update post from Riot taking a look at “more lessons learned” from the Valorant beta so far. The studio says: “While we’re still running closed beta drops 24/7, please note that this change doesn’t increase the number of drops”. It just means, starting from now,  “you can watch any Valorant stream to be eligible”.

The studio reminds players, however, that it has already “increased our current closed beta server loads by +25% to meet demand and are ramping up even more”, and it’s also manually handed out access to the beta to “a few thousand of the most engaged Valorant stream viewers” as a “thank you” for “your internet and your eyeballs”. Sweet.

In addition, the studio adds a reminder that it’s already issued “a pile” of Valorant bans to account sellers and is “actively tracking more to ban”.

.@RiotSuperCakes and @RiotZiegler share a small update on how you can get Closed Beta access, new streamers, and keeping our servers alive: https://t.co/H9px5tZPD7

“We know there’s a lot of demand, and it can be frustrating not to get access after a few days of watching. There are many of you, and we’re trying!” the studio explains in the post. Riot also advises Valorant streamers to “be sure to enable in-game drops through your Twitch account” if you’re keen to be eligible to give them away.

In other news, Riot’s also recently talked a bit about how Valorant’s anti-cheat system works, following questions in the community about why it runs at system boot, and the first round of Valorant cheaters have now been banned following the beta’s launch on April 7.

There’s no fixed Valorant release date to scribble down in your calendar just yet, but the multiplayer game’s due to arrive sometime this summer.