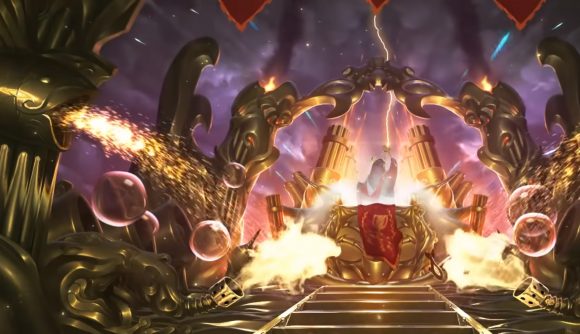 Riot has denied reports that its upcoming shooter, Valorant, will have Urf-themed League of Legends cosmetics. Players were hopeful that there would be some references despite the game’s differing worlds, but Riot seems to consider that too immersion breaking.

IGN Nordic’s Nick Nijland originally told players that Valorant contains a “crazy weapon design” that references LoL’s magical manatee, or perhaps the URF game mode. It now appears the YouTube creator was misinformed by a colleague who visited Riot’s offices. In a Reddit post spotted by our sister site, The Loadout, Nijland corrects his error.

“This week I released a video, which I also posted on Reddit, regarding progression in Valorant. My friend who I work with on the channel, Sven, reported that at the Riot offices he got told about and saw URF/NERF skins,” he writes. “Riot has contacted me since and says that they are not planning to bring URF or any League of Legends affiliated items to Valorant. They want to make clear that Valorant will have no ties with League of Legends whatsoever.”

As with most rumors, there was a kernel of truth there – Valorant will have NERF guns, but they won’t be inspired by URF in any way. Though League of Legends has a massive following, it’s clear that Valorant’s team is trying to do its own thing here, crafting a world that is separate from Runterra but just as compelling.

Thankfully, any skins you do get won’t come from loot boxes. Unlike Overwatch and even Riot’s TFT, the chance-based mechanic won’t feature in the game. Cosmetic skin weapon skin purchases will be available, but you’ll also be able to earn them via an in-game battle pass system. You won’t be able to grab full character skins, though, in a bid to maintain the game’s competitive integrity.

Unfortunately, there’s no word on the release date beyond Summer 2020, but you can at least spend that time reading up on Valorant characters, Valorant weapons, and the Valorant economy. With hope, we’ll get a peek at the various skin options soon.