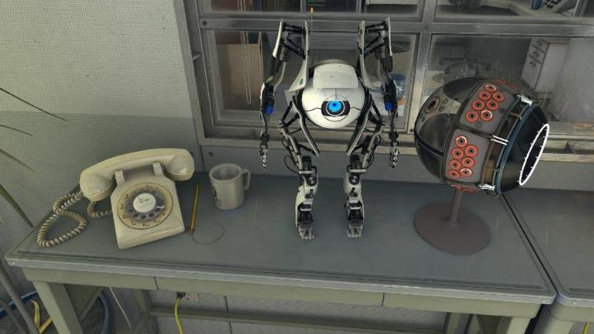 With so many voices in the industry talking about the next generation of a particular component and how many GFLOPs it can… er, do, it’s something of a rarity for anyone to announce they’re working to increase performance on existing hardware. Old hardware, even. At GDC 2016, Valve’s Alex Vlachos became that rarity. “We’re trying to reduce the cost of VR,” he told an audience at San Francisco’s Moscone Convention Center.

Valve have certainly made their contribution to the best PC games over the years. We’ve heard their next will contain the number ‘3’.

Why? As Vlachos explains, it’s a question of maximising VR’s potential user base. The current benchmark for a VR-ready system is NVIDIA’s GTX 970, a hugely popular card among gamers from 2015 to present. But it’s a high barrier for entry for people who aren’t in the habit of buying a new graphics card every year.

“We’ve said the recommended spec is a 970,” says Vlachos, “same as Oculus, but we do want lesser GPUs to work.”

What counts as a lesser GPU? Cast your mind all the way back to 2012, just after the ice age thawed and humans were developing prototypical languages and working with basic tools. NVIDIA’s GTX 680 was the dominant graphics card.

“I can run Aperture [Valve’s Portal-themed VR demo] on a 680 without dropping frames at a lower quality, and, for me, that’s enough of a proof of concept,” Vlachos said. “Most art we’re seeing in VR isn’t as dense as that. So we should be pretty good to go…everything should be able to support that low-end hardware. But we need the right safety nets in place.”

The next question is how they’re going about lowering the hardware barrier of entry. It starts with a new rendering plugin for Unity, to be released in the coming weeks, that’ll make rendering VR scenes much more GPU-efficient. In the simplest terms possible, a set of tools that doesn’t rely on a DX12 card and all it’s heft, but instead digs into every nook and cranny of older, 2012-era cards.

Beyond that, Vlachos mentions a few other experimental rendering tehniques, all of which fall under the “adaptive quality” grouping. One such technique, fixed foveated rendering, prioritises pixel rendering in the centre of each eye, the rationale being that peripheral scenery is less likely to be noticed.

There’s no clear end game for Valve in this regard – this isn’t a clearly-labelled hardware initiative which will result in a new minimum spec for VR, or anything as concrete as that. Instead, it’s a little insight into the untapped potential of older graphics cards, should developers choose to harness it.

You can brush up on your VR rendering knowledge by checking out Vlachos’ entire presentation here.