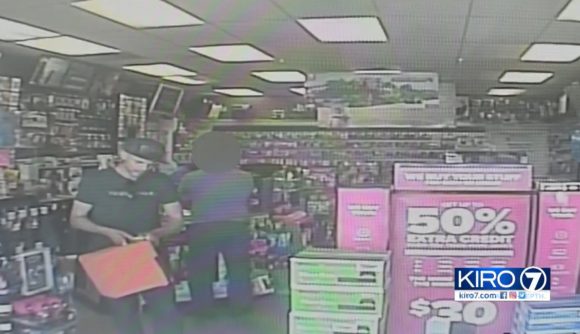 How bad do you want a look at Half-Life 3? Seattle police say that 32-year-old Shawn Shaputis has brought a year-long burglary spree to Valve. A series of break-ins at Valve’s Bellevue, Washington office led to $40,000 in stolen equipment and games. There are multiple warrants for Shaputis’s arrest, and he’s previously spent time in jail for unrelated robberies.

Charges for the Valve burglary at the company’s office in Lincoln Square were filed in September, as local news station KIRO 7 reports (via GamesIndustry.biz), but the break-ins date back to June of 2018. Police say Shaputis has admitted to burglarising Valve “four or five times,” loading a recycling bin with stolen goods, and bringing them to his car parked nearby.

Police say that Shaputis has been seen on camera selling stolen games for cash at a local GameStop. There were already six warrants for Shaputis’s arrest before these new charges, and he was previously arrested on June 29, 2018. That was one week before he allegedly stole a FedEx truck and led police on a chase through Seattle. He’s scheduled to be arraigned this week, and if he fails to appear, another warrant will be issued.

Sadly, there are no details on how many copies of Half-Life 3 were among the stolen games. You might try checking some Washington GameStops, just to be sure.

That’s a joke, but the stolen computers likely hold a fair number of Valve company secrets. Over 15 years ago, the source code for Half-Life 2 was stolen and leaked online ahead of release – it remains to be seen if history will repeat itself in perhaps the most ridiculous way possible.