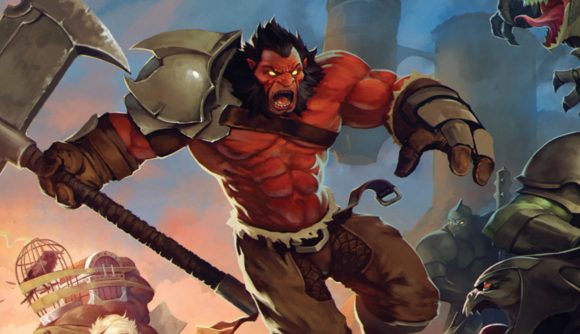 Geoff Keighley’s The Final Hours of Half-Life Alyx – available now on Steam – is a lengthy, insightful report on what’s been going on at Valve for the past decade, and it’s brought plenty of information on just what happened to major cancelled sequels like Half-Life 3 and Left 4 Dead 3. But it also provides some insight into an original project: a full-on RPG from Valve.

Valve started working on three projects once Source 2 was in development. L4D3 and HL3 were both among them, but so was a brand-new role-playing game intended to start a new intellectual property. Keighley says the project – simply code-named ‘RPG’ – was “inspired by titles like Monster Hunter, Dark Souls, and even The Elder Scrolls.”

Later on, the team switched from the original IP idea to envision the game as a single-player RPG starring Dota’s Axe. Valve’s Tejeev Kohli adds that “people wanted to make an RPG game modularly in public, like shipping smaller parts of an experience over time and add features.”

Ultimately, the RPG “never really left the conceptual stage,” though it was there for quite a while – a timeline included with the Final Hours suggests it was in some stage of development from 2012 through 2014, substantially longer than either Half-Life 3 or Left 4 Dead 3.

Sadly, we may never know what Valve’s take on RPG games would look like, but the company’s saga of quietly cancelled projects seems to be at an end with Half-Life Alyx – here’s hoping that they’re also working on something equally wild as this RPG sounds. (Plus Half-Life 3, of course.)