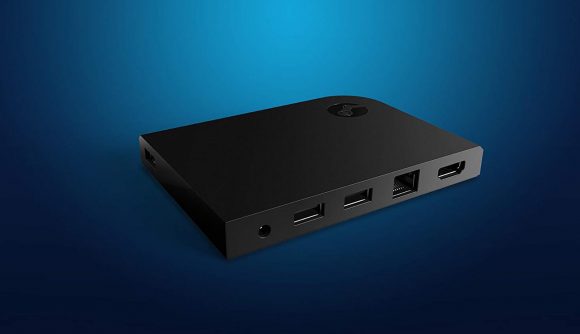 The Steam Link is no more. This innocuous black box is capable of sending your PC games over the interwebs down to your TV, ostensibly mirroring your PC hardware anywhere around a local network if your connection can hack it. Sounds good, right? Well, you had your chance, Valve has now confirmed that the hardware has been canned, instead favouring software support on smartphones, tablets, and TVs.

Valve will be selling through on the hardware, although you may have to move fast if you intend to pick one of these streaming boxes up for yourself. The company claims the device is already entirely sold out in Europe, and almost entirely sold out in the US. Once the supply depletes, it’s lights out for the Steam Link once and for all.

The Steam Link has, at times, been exceedingly great value for what’s on offer. While Nvidia’s Shield devices offer a better, lag-free 4K HDR experience, they also cost a damn sight more than Valve’s device. The Steam Link has been anywhere from $50 (£40) to $2.50 (£2) in the Steam sales, with retailers often following suit with their own hefty discounts for the streaming device. 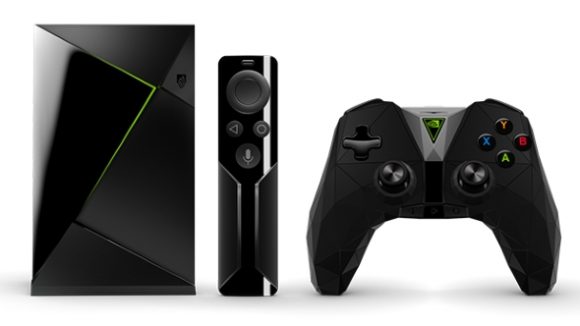 But it’s no good telling you what could’ve been – low-latency 1080p 60fps local streaming for $2.50, no big deal – if you’re still pining for living room gaming after the announcement you can now pick up the Nvidia Shield TV for cheaper than ever in Black Friday deals. The Nvidia Shield TV is now just £150, or £130 sans controller.

Sure, that’s not quite budget living room gaming, but it is one of the best streaming experiences if you’re the proud owner of an Nvidia GeForce graphics card.

But there are other options whether you’re green team or red team. Aside from physical streaming hardware, you can still download the Steam Link app or utilise Moonlight for a somewhat device-agnostic experience. You’ll then need to connect your device up to your TV for big picture gaming, but these offer a flexible alternative to streaming boxes if need be.

Valve has said it will continue support for its software applications going forward, with the Steam Link app available on Android phones already. Valve tried to push an Apple app too, but the company denied its App Store application. Boo. 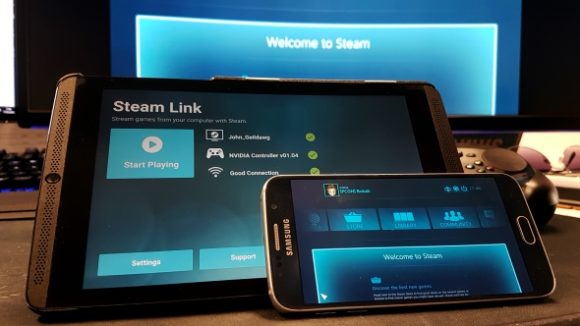 The Moonlight app is iOS friendly, but only for the green team. It’s also available pretty much universally – even in the Chrome browser. This app utilises the same streaming tech that Nvidia has opted for across its own devices, and that makes it one of the most consistent and stable streaming services we’ve tested.

For now it’s curtains for Steam Link. This little device was my personal go-to when it came to local multiplayer games, and often saved me the hassle of lugging my rather unwieldy gaming PC up and down the stairs. For that I’m eternally grateful. And while your mileage may vary with the device – it was far from a flawless experience on WiFi – for less than the price of a coffee, there’s no arguing the Steam Link was superb value for money.