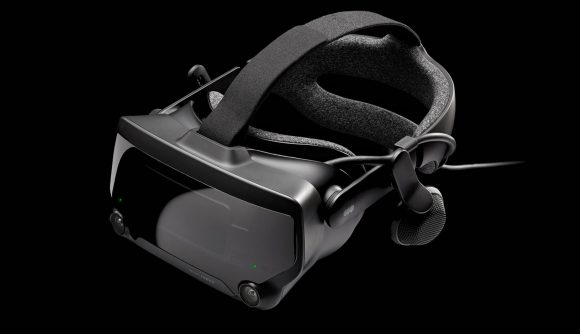 2020 was a watershed moment for VR gaming, with the release of Half-Life: Alyx and the Valve Index dramatically reshaping discussions on what elements make the best VR games on PC and what the best VR headset to play them on are. These conversations on all things virtual reality may be in for another radical shift as recent reports suggest that it won’t be long until the next stage in Valve’s vision for VR is revealed.

Through a combination of data mining SteamVR’s publicly available branches and months of tracking Valve’s patents, YouTuber Brad Lynch has uncovered multiple references to what could be a new standalone VR headset from Valve, codenamed ‘Deckard’, complete with built-in wireless functionality. ArsTechnica has received further confirmation from its own sources that this information is “legitimate” but doesn’t necessarily mean that these products will make it past the development stage.

Lynch’s findings suggest that the Deckard headset has the ability to access a new ‘Valve internal menu’ with new SteamVR options entitled ‘prism’ and ‘standalone system layer.’ There’s no further details on either of these options but Lynch has also discovered data within SteamVR which could indicate a type of onboard processing built into the headset rather than it sending calls to a gaming PC.

It’s unlikely we’ll see any substantial news from Valve on its Deckard VR headset anytime soon, with the company prioritising its resources to the release of its new Steam Deck. Valve describes it as “the most powerful gaming handheld in the world” with recent leaked benchmarks possibly confirming Valve’s previous claims that it should be able to run every Steam game at a minimum of 30fps.

The Steam Deck could be one of the best handheld gaming PCs on the market despite the likes of the Onexplayer 1S providing stiff competition. Its influence will be felt on the best gaming PCs too as the Steam Deck UI replaces the existing Big Picture mode on Valve’s Steam client.