Valve has broken silence on the development of the Valve Index’s Ear Speakers: a unique floating speaker design integrated into its high-end PC virtual reality headset. From research and design to testing prototype headsets, the gaming company has outlined what went into creating its VR kit’s immersive audio solution.

If you hadn’t heard already, Valve launched its high-end VR headset, the Valve Index, just over a month ago. Complete with the first production ‘Knuckles’ controllers and new and improved screen tech, the $1,000 headset sure did impress our Dave, who called it “the best VR set around.”

But we weren’t always convinced by the Valve Index’s approach. Those off-the-ear speakers didn’t fill us with much confidence in the aural experience of the Index, and we were expecting the 3.5mm jack within the headset to come out and play almost immediately to fill that gap. However, once we plonked this headset on our cranium, we realised the error of our ways. Not only were the Ear Speakers able to block out most ambient noise, they lived up to the immersive experience we’d been promised.

So how did Valve do it? Thanks to the most recent blog post from the team explaining what went into the design in-depth, we have a pretty good idea of the process the team went through to build the speakers. And, whether you’ve tried the Index or not, it’s a fascinating glimpse into the development process for a major PC hardware launch.

“Early in our VR experimentation, it became clear that helping a VR user achieve an appropriate suspension of disbelief required not only a reliance on the narrative, environmental, and emotional methods of traditional games and films, but also an entirely new category of physiological problem solving unique to VR,” the blog post reads. “When we don a headset to play Budget Cuts, we expect VR to make us feel like our body has been transported into an office full of murderous robots rather than simply showing us their environment through a static screen.”

The approach was twofold, the blog post reads, with both hardware and software required to whisk the player away into the virtual world surrounding them. Binaural audio and HRTF tonal coloration is key to any VR experience, and the Valve team recognised to strike the right balance to trick our brains into thinking the sound we are hearing is real and not ‘imagined’, it would need to devise something a little different. 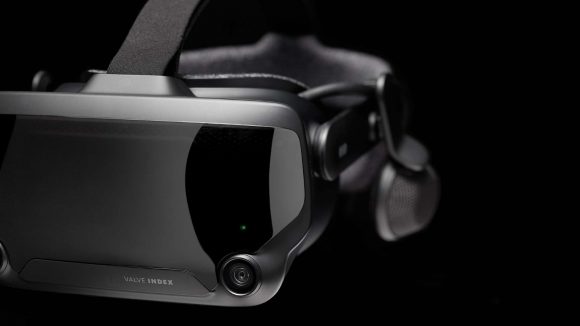 “It became apparent that the optimal solution for VR might be a pair of ultra near-field, full range, off-ear (extra aural) headphones. Close enough to the ear to mimic player-relative stereo headphones and support the output format of current VR content, but far enough away to allow the ears and head to imprint their own tonal coloration onto the sound, while also addressing comfort and pressure issues.”

Its first prototype was strapped to a skateboard helmet, a crude contraption made of old HTC Vive parts and some speaker drivers. Despite its hodgepodge appearance, this actually proved the concept well, although required some tweaks to improve bass response, weight, and sound leakage.

In a later prototype, Valve reportedly commissioned a pair of magnetic planar extra-aural headphones from Audeze, but these were just too darned big and expensive. 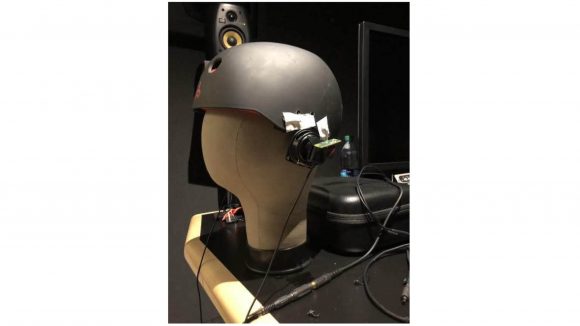 Eventually it settled on a speaker design it dubbed “Hummingbirds”, which would allow for quick orientation changes and bass tuning for A/B testing. These were for the most part built from off-the-shelf components, alongside a mixture of amps, audio chips, and microphones.

The team settled on Balance Mode Radiator (BMR) speakers from Tectonic, which would reduced the effects of mispositioning, were nearly light enough to ship, thin enough for the headset, and had a great high-mid frequency response – which is key for binaural response as humans respond most to frequencies within these ranges. BMR acts like a traditional speaker at low frequency, however, at high frequency it doesn’t fall foul of usual diaphragm “break-up”, which allows audio from BMR speakers to travel to your ear the same way even if they aren’t perfectly aligned – perfect for VR.

Just like our initial thoughts on this design, internal concerns over ear speaker leakage and lack of isolation were starting to grow. The team subsequently built 20 pairs of Hummingbirds for its team to test at home, and that was that – no more grumblings. But now came the tricky part: getting the design onto the Valve Index pre-production model and working as intended. 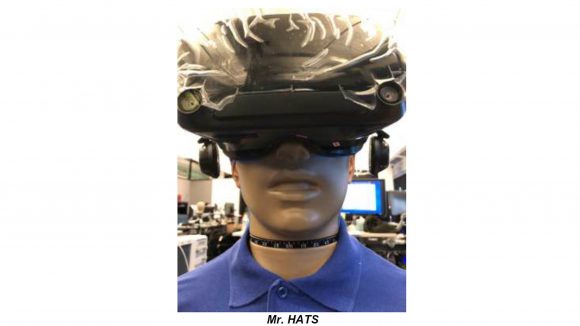 Enter: Mr. HATS, the team’s dummy head model that it used to measure frequency response measurements. Valve would tweak the EQ and use psycho-acoustic bass algorithms to try and get the perfect blend of bass and response, while Tectonic would mechanically tweak the bass by optimising the actual driver. It would also manage to create a driver that could minimise sound leakage – pretty key for an open-backed VR headset.

“When the wavelength becomes larger than the driver’s diameter, the pressure from the front side will directly interact with the pressure from the rear side, and strong cancellation happens. The overall diameter of the drive unit is about 5cm. This means that above about 3kHz there is no cancellation but, as we know, there is increasingly less audio content above this frequency. Most audio content exists below 3kHz, and this is where the cancellation is strong, preventing sound from bothering people nearby.”

And so the Valve Index’s Ear Speakers were born, perhaps one of the most surprising VR developments in recent years. It’s not just the audio we love on this thing either, and you can read more about all that in our full Valve Index review here.