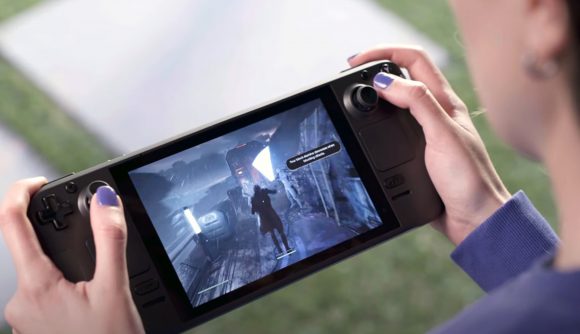 The first Steam Deck video ad for Valve’s latest attempt to break into the gaming hardware market is here and it doesn’t mince words, calling the system “the most powerful gaming handheld in the world” – seemingly throwing shade at the Nintendo Switch in the process.

The ad is only a minute long and can be seen either below or on Valve’s YouTube channel – which hasn’t received an update since CS:GO’s Broken Fang event went live back in December 2020. The video shows the Steam Deck playing games such as Doom Eternal, Star Wars Jedi: Fallen Order, and The Ascent, as well as a run-down of its feature.

The video shows off Steam Deck’s various buttons and also calls it “portable gaming without compromise”, before going into how it’s running a new version of Steam “focused on handheld gaming”. The ad doesn’t mention the various different versions of the console, but it does talk about having all of Steam’s features and all of Steam’s games.

Check out the full Steam Deck ad below, where you can also join in the shock that Valve remembered its YouTube channel exists. 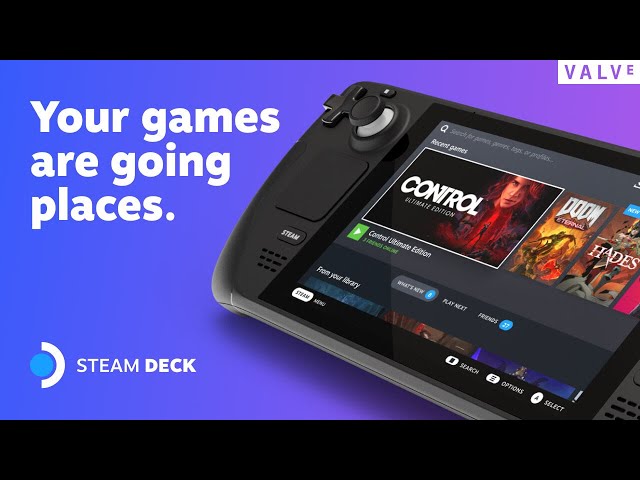 Perhaps even more intriguing is the tweet from Xbox head Phil Spencer today, where he revealed that he, Gabe Newell, and others have been trying out and chatting about Steam Deck all week – and he confirms that Microsoft’s xCloud streaming service “works well” on the handheld.

Was @valvesoftware this week talking w/ Scott, Erik, Gabe about Steam Deck. After having mine most of the week I can say it's a really nice device. Games with me on the go, screen size, controls all great. Playing Halo and Age feels good, xCloud works well. Congrats SD team. pic.twitter.com/q4hWBvkk85

Steam Deck should be out in December if you’ve been lucky enough to nab a pre-order, and Valve says that the system has run every game the team has thrown at it. It’s also got “built-in support” for mods too, apparently.