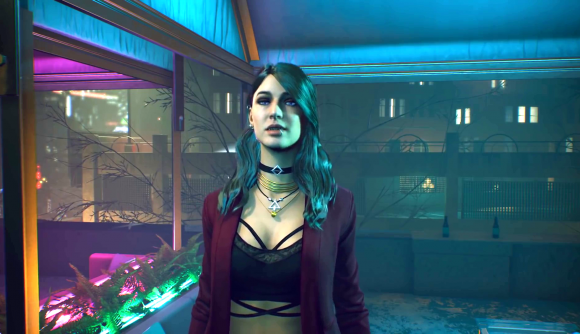 As a long-awaited sequel to a cult classic, Vampire: The Masquerade – Bloodlines 2 is one of the most anticipated games of 2020. It was originally due to launch early next year, in the first quarter, so not too far away – but unfortunately now the game has been delayed. It will still launch in 2020, but it’s not going to be in Q1 2020.

Developer Hardsuit Labs – including CEO Andy Kipling and Vampire: The Masquerade: Bloodlines 1 and 2 writer Brian Mitsoda – confessed to the delay in a blog post today, where the team laid out its reasons for postponing the release of the anticipated vampire RPG.

“Vampire: The Masquerade – Bloodlines 2 will still launch in 2020, we have decided to value quality over making the Q1 launch window,” the post reads. “Throughout 2019 we have been improving our processes and growing our teams, however it soon became clear that this alone won’t allow us to deliver the quality we want at the date we promised.”

The post directly attributes the delay to two things in particular – fan feedback, and not repeating the mistakes made by the first Bloodlines. Bloodlines 1 was pushed out too early to correspond with the release of Valve’s Source engine – which it was one of the first games to utilise, alongside Half-Life 2 – meaning it was filled with bugs and many missing features.

Vampire The Masquerade: Bloodlines 2 will launch later in 2020 than we planned. Simply put, we believe quality is more important than releasing in Q1.

“Over the last few months, it became clear that to stick to our original date would risk repeating that mistake,” the post reads. “We won’t do that. In the end, everyone working on this game wants to offer you the best Bloodlines 2 we can.”

Additionally, fan feedback was also a factor, presumably the criticism to the gameplay footage released earlier this year. Hardsuit confirms in the blog post that it agrees with the comments. “Your feedback was invaluable in this. It helped us give the proper weight to what we saw, as well. We’d like to thank you, and hope you’ll support us in the decision that came from it.”

No specific updated release date – even a quarter – has been given, other than confirmation it will still be 2020. There will be more details about Vampire Bloodlines 2 and the delay at PDXCON this weekend.