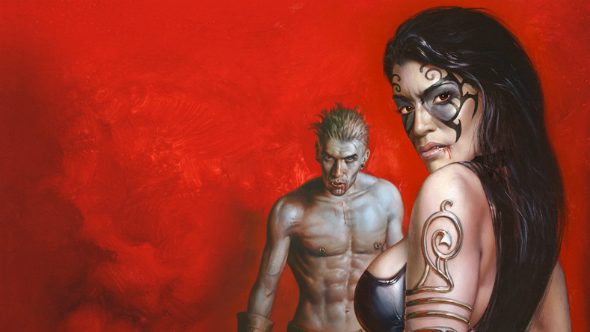 There has been much consternation as to whether Vampire: The Masquerade – Bloodlines will receive the sequel its small but fierce band of loyal fans desperately crave, but many twinkling lights have appeared at the end of that tunnel this year.

Need another classic PC RPG to get you through the cravings?

The latest faint glimmer is a survey issued by Paradox Interactive, who bought the rights to Vampire in the purchase of White Wolf publishing from CCP games in October last year.

The survey invests heavily in finding out what players of “computer roleplaying games” thought of various mechanics in RPGs, as well as directly asking if respondees had played Vampire: The Masquerade – Bloodlines.

Further questions on replayability ask how important some aspects of a game are to player enjoyment, with the phrase “I have a strong sense of nostalgia for the game” being one.

Look, no-one’s saying a sequel is definitely on the way, but why would you say “computer roleplaying games” unless the game you had in mind also had a tabletop element? A game with the same name that White Wolf filed a trademark for in April of this year? A game that many people to this day have ‘a strong sense of nostalgia’ for?!

I will be in the “happening” bunker, and if you would like to join me there then you can fill out the survey and add your email to a mailing list to be extra sure that it is happening when it happens.