September 23, 2018  Vampyr’s story mode, which makes combat encounters less challenging and allows players to focus on the narrative, will arrive this week.

Whether you like your vampires hard or soft, Vampyr is about to have you covered with a new set of difficulty options. A content update this week will offer new modes at both ends of the difficulty spectrum, giving you a way to either dive deeper into the game systems or step back from the mechanics in order to better focus on the narrative.

The new hard mode makes combat “much more difficult,” and also decreases the experience points you’ll earn from defeating enemies. That means you’ll have to rely on “embracing” NPCs to grow in vampiric power, sucking blood for experience.

On the opposite end, story mode makes it all about the narrative by decreasing the difficulty of combat. If you’ve been on the fence about Vampyr, this mode in particular might just be what you’re looking for. The game’s stodgy combat was one of the core complaints in our Vampyr review, and a way to focus on the excellent storytelling will be much appreciated.

The modes will arrive with a patch set to come out Wednesday, September 26, according to an update on Steam.

The update also promises a host of optimization tweaks, so you should see the Vampyr experience become a lot smoother overall. Not that the vampiric RPG has been suffering either way – Vampyr sales numbers  got up to nearly half a million in about a month, which certainly isn’t bad for an original game from a small studio.

Check out some gameplay below. 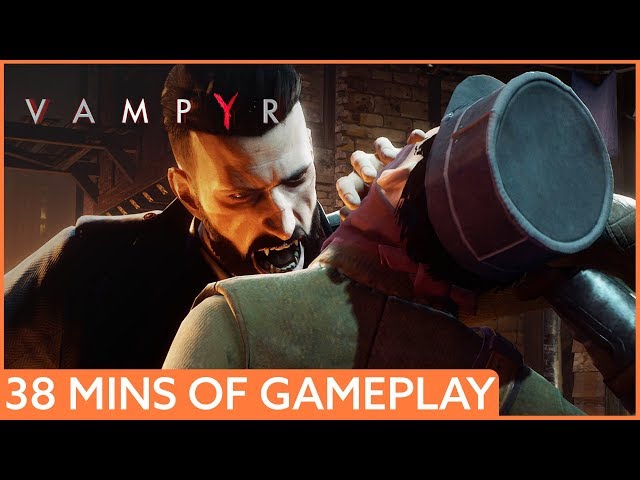 If you want to jump in, now’s a good time to do so – Vampyr currently enjoys a 33% discount on Steam, bringing the price down to $33.49 USD.