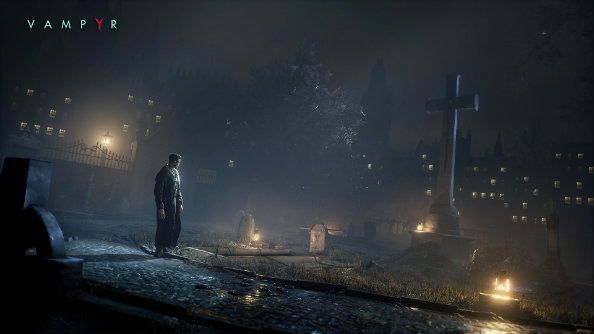 Vampyr’s interesting setup means we get a protagonist who’s just as likely to help as he is to hurt. It won’t be binary like in most games, though. You’re a doctor, so you will help people, but at the same time you need to satisfy the growing hunger inside of you. It won’t be a choice of killing and not killing, it will be a choice of who to kill.

There’s more moral pondering to be done in our list of PC’s best RPGs.

Being a doctor during the Spanish flu pandemic in London, 1918, you will have the chance to help people, of course. Or perhaps you will use only those close to death to satisfy your bloodlust. 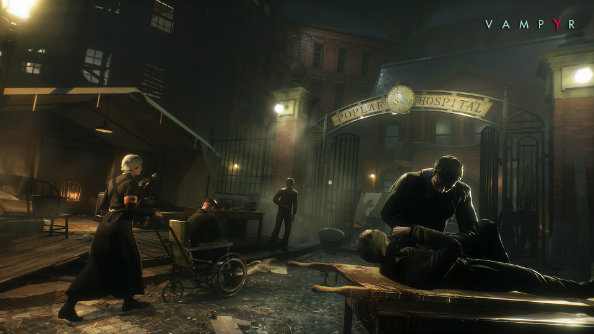 Whoever you kill, we’re promised the city will react to their loss. “Killing one person will create a rippling effect on London’s ecosystem and you will have to live with both the repercussions and their death on your conscience,” said publisher Focus Interactive.

“Decide to feed on a renowned doctor from the city hospital, and progressively see the health condition of the patients drop.”

Why wouldn’t you just kill a nobody instead? Well, certain people will offer additional benefits aside from sustenance, with your meal choice dictating your combat, agility and even more. 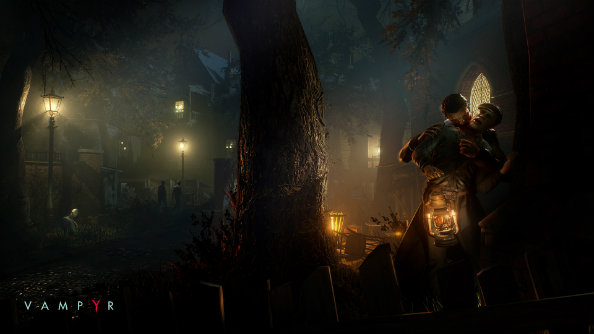 It sounds great – I just hope it doesn’t boil down to choosing between two different abilities during play, as that’s no better than a binary good/bad choice. Our Fraser dug into Vampyr a bit back and it certainly sounds like there will be more to it.

Coming from the studio behind the super inventive Life is Strange, I would expect no less. Vampyr is out in 2017.