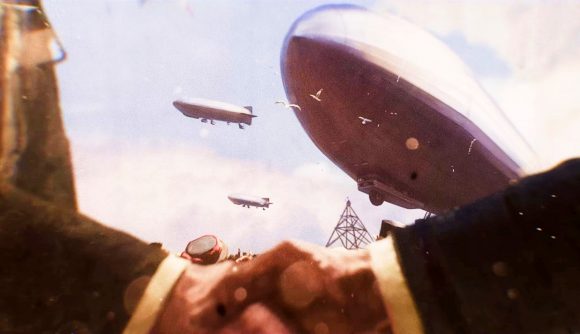 Now that grand strategy game Victoria 3 has been officially unveiled, Paradox’s developers have started posting periodic diary updates explaining how they’re approaching its systems design. This week, the developers shed some light on how infrastructure works, particularly as it relates to markets and trade.

Infrastructure is a broad term, it seems, for anything that makes it possible for people and goods to travel around a state. Rivers, roads, and canals all improve a territory’s infrastructure score, as do certain buildings you can construct within them – primarily railways. Infrastructure usage is another score, and that’s calculated based on how much demand there is for transportation in the territory.

When that score drops, you’ll have an imbalance on your hands, and that will send ripple effects through your economy. In the example provided by the dev diary, an iron mining state might be trading with a wheat producing state. If the market access score in the iron mining state drops, iron will remain in the local area, causing the price to lower. However, that will mean that there’s a shortage of iron outside the state, causing prices to go up.

Simultaneously, the lower market access score will mean that wheat won’t be able to get into the iron mining state as easily, leading to a shortage and price increases.

As you can imagine, this dynamic will get increasingly complex as you industrialise your nation. Producing complex goods means you’ll need access to all the raw materials necessary to manufacture them, but you’ll also need to have the infrastructure necessary to export them to places where they’re in demand – or you’ll quickly run into problems.

We don’t yet know when the Victoria 3 release date will be, although we suspect it’ll be early 2022.