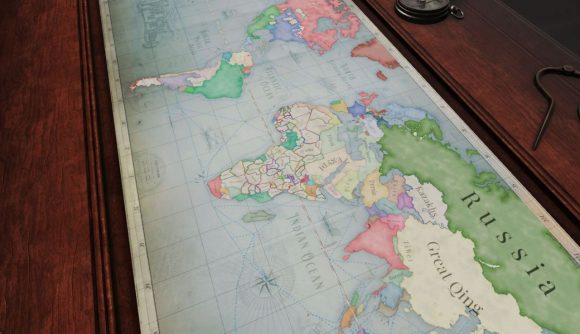 It may not be as important as the subject of slavery, but how Victoria 3 handles its geo-political landmass is just as key to the grand strategy game’s DNA. Thanks to this week’s development diary, we now know more about ‘states’ and how they fit into the game, and – more importantly – how they affect flags.

The TL;DR is that Victoria 3 differentiates between ‘states’ and ‘state regions’, the former being a dynamic political entity, and the latter being a fixed, predetermined region of the world. State regions are the primary geo-political unit, with many other mechanics such as resources, buildings etc. being defined at this level. Victoria 3’s game director Martin ‘Whizzington’ Anward also confirmed that the number of stars on the US flag can change, depending on the number of states it owns. Whether dynamic flags is a general mechanic or a US-only one, is not known.

While the main economic and political mechanics don’t concern themselves with individual provinces, the dynamic states draw their existence from these provinces. States only ever have a single owner, but their borders can change depending on how many provinces within a state region a nation controls. 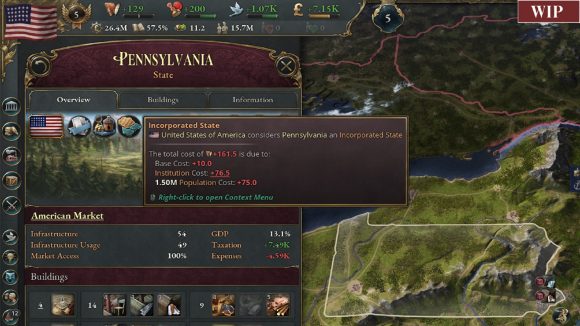 There are a bunch of different traits that can apply to a state: level of incorporation, conditions, even modifiers derived from the state region. What’s especially neat is that Victoria 3 is able to dynamically assign things like resource allocation depending on what proportion of a state region a nation controls, even taking into account specific traits such as the amount of coastline for fishing, or ‘prime land’ for agrarian farming.

This means that it’s not just down to the raw number of provinces owned – you have to own the right provinces, giving everything a much more strategic dimension.

Sadly, until the developers decide to expound more on diplomacy and war mechanics, we won’t really know that this means until later. Claims can be applied to state regions, even by nations that don’t currently own any territory within that state region. 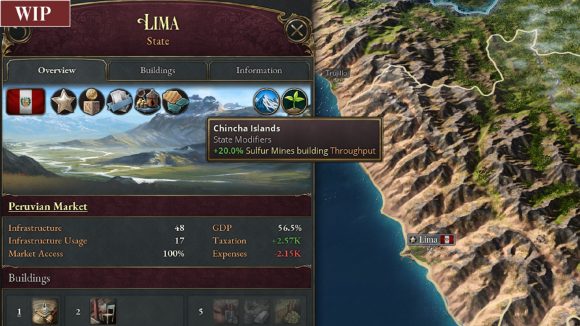 As a general observation, while some of the specifics do seem quite cool and thematic for Victoria 3’s chosen era, the general mechanics around differentiating owned land versus a predetermined area a game thinks is called x, is a structure most of Paradox’s grand strategy games subscribe too. They just do it in subtly different ways and with differing levels of importance. Still, dynamic flags though.

Victoria 3 is coming to PC via Steam and the Paradox Store, but doesn’t currently have a release date.