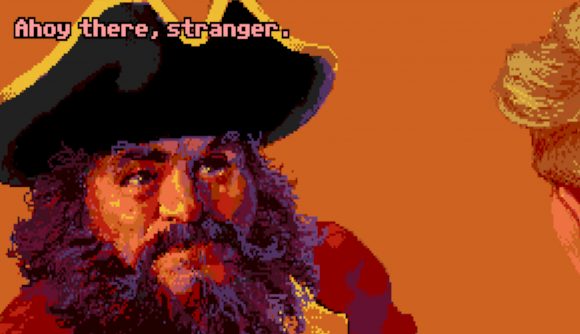 While YouTube might have brought us a cottage industry dedicated to highlighting great old games, the actual field of videogame history studies is still expanding. The Video Game History Foundation has been working to preserve gaming history for years now, and is expanding that mission with a new project called the Video Game Source Project. The effort’s first targets will be the first two Monkey Island games.

The Video Game Source Project is an effort to preserve the “raw materials” used in a game’s production. That includes the actual source code, but also includes original art, documentation, and correspondence made during a game’s development. “In the video game industry, the preservation and documentation of source is what allows a game to survive past its initial release,” VGHF co-director Frank Cifaldi explains. “Remastering a game, or even porting it to another platform, is nearly impossible without it.”

The VGHF is asking “developers, publishers, and anyone else in possession of source code, documentation, concept art, demo builds, or other materials that can help tell a game’s origin story,” as the organisation says in a press release. “Donated materials will be maintained in the VGHF’s Northern California archives and made available to video game historians.”

This is a more push on some of the efforts the VGHF has been engaged with for years. In 2017, for example, the foundation published a massive breakdown of the source code to Disney’s Aladdin for the Mega Drive (or Genesis), which took advantage of the robust code access to reveal a host of details, from insights on how the animation was created to the recreation of deleted areas and enemies.

The Secret of Monkey Island and Monkey Island 2: LeChuck’s Revenge will be the first games to benefit from this new initiative. The foundation has already spent months analysing the code to uncover “unshipped secrets”, and restore “cut rooms and cinematics”. That content will be shown for the first time on October 30, during a premium livestream with Monkey Island co-creator Ron Gilbert.

The VGHF doesn’t specify which games it’s working on next, but says it’s “currently studying source material from a beloved 16-bit RPG, abandoned Sega hardware from the 1990s, and a never-before-seen follow-up to a legendary arcade game.”