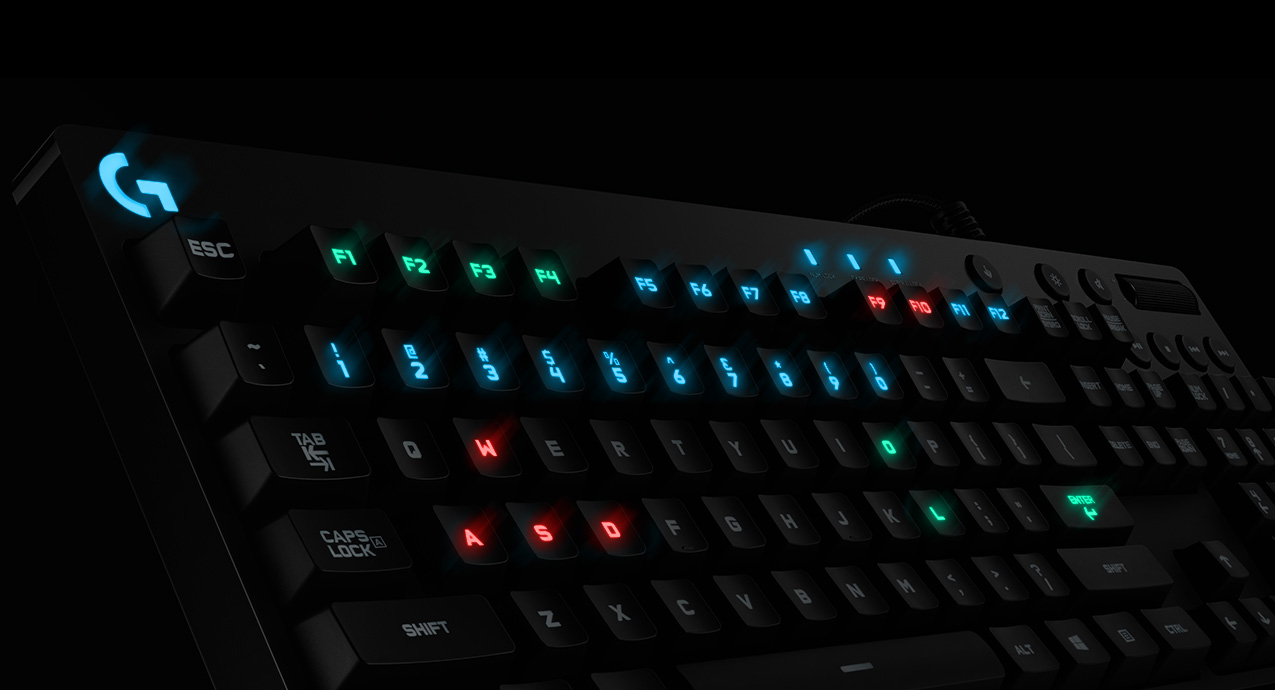 Engineered to deliver blisteringly fast performance and precision in the latest PC titles where milliseconds can make the difference between victory and defeat, the G810 Orion Spectrum is Logitech’s new cutting-edge mechanical keyboard designed for high-performance gaming.

Trusted by the top eSports players on the planet, the G810 mechanical keyboard boasts an array of high-end features that allow serious gamers to gain a competitive edge over their competition. This includes durable Romer-G mechanical switches with an actuation point 25 percent shorter than standard mechanical keyboards. This results in ultra-fast responsiveness you can rely on as it’s been tested to 70 million keystrokes.

Not only can you get the best performance in your favorite games, but the G810 features stunning, customizable full spectrum RGB backlighting with over 16.8 million colors. It also comes pre-loaded with profiles for over 300 popular games that light up only the most important keys in the specific game you’re playing.

Watch the video above for an in-depth look at how you can take your game to the next level with the Logitech G810 Orion Spectrum mechanical keyboard, which is now available to own.