The ViewSonic Elite XG270QG could be construed as a pricey gaming monitor in a market packed with parsimonious 1440p panels. But while I’ll admit my introduction may come across a little gloomy, I can assure you I’m actually a fan of ViewSonic’s latest gaming panel. It delivers more than it needs to, and there’s definitely a market for the excessive in PC gaming.

The XG270QG delivers a specification list worth salivating over: a 27-inch QHD IPS panel, 165Hz refresh rate, 1ms response time, Nvidia G-Sync. It’s the gaming monitor equivalent of a ‘The Works’ pizza from Papa’s place. It sits right in that high-quality 1440p sweet spot that most graphics cards are amiable to without dropping too many frames to make the most of the rapid refresh rate.

ViewSonic is bringing IPS Nano Color technology to the table with the XG270QG. You can thank LG for that. The colossal TV corporation is the originator of the panel technology and has loaned it out to ViewSonic for this particular model. Nano IPS differs from your regular fare through the use of a nano-particle film applied across the backlit panel, absorbing some of the light and thus delivering a greater colour gamut.

On paper, that makes for 98% DCI-P3 coverage. In real-life, it makes for a stunning vibrancy across the panel, with a rich colour palette that sparks great depth within most titles. As someone who prefers a richer image over all else, it’s glorious. Since this is a gaming ‘elite’ monitor, it’s one of few that specialises in speed as well as colour accuracy. The panel’s IPS brings a GtG response time of 1ms, and delivers a crispy, ghoul-free picture. 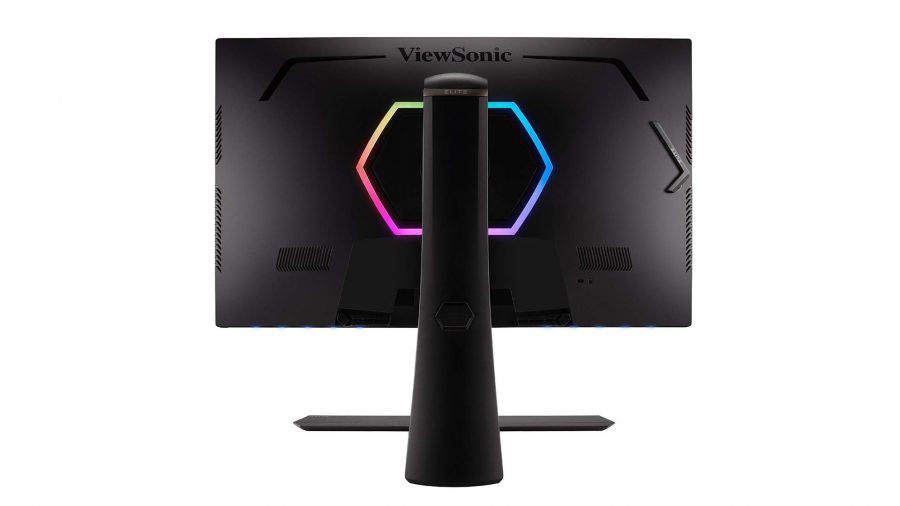 Ensuring a sunny disposition, the panel is rated to 350 cd/m2 (typical). It’s enough to keep the image clear and without loss of definition, but contrast is a touch lower than we might have liked. Nothing drastic, black levels and white saturation are both solid, but it’s not the top panel around for intense depth of picture.

A gaming monitor with all the bells and whistles

Helping it along is Nvidia G-Sync support, ensuring a steady stream of beat-perfect frames from your compatible GPU to the panel. While ViewSonic touts a 10-bit spec (8-bit boosted), this isn’t G-Sync Ultimate unit, and therefore will not support it with VRR engaged. It’s also the pricier option of the variable refresh rate technologies, as opposed to Adaptive Sync (Freesync), but this monitor was never intended to settle for half-measures.

That same extravagance carries beyond the panel and into the feature set. The stand is a sleek unit with height, swivel, pivot, and tilt function. The low-profile foot ensures it won’t interfere with your keyboard for when you’re peak esports in action. That locks securely into the back of the screen with a fitted VESA mount, and is surrounded by colour light ring. Snazzy. There’s also a colour bar along the underside of the XG270QG, but it’s far from a perfect solution to an otherwise superfluous problem.

Smack in the middle of the screen is an OSD joystick and two buttons to help you navigate your way. The OSD itself is bright, simple enough, and there are plenty of customisable presets worth your while.

Also included in the box is a set of gamer blinkers (monitor hood) to keep you from getting spooked by oncoming traffic or a pigeon and bucking your rider off into the sunset. These are also intended to reduce glare from surrounding lighting. While a full monitor hood can keep your focus on the game and away from outside distraction, with a minimal depth and lack of overhead hood, those included with the XG270QG are more a vanity accessory than fit for purpose. 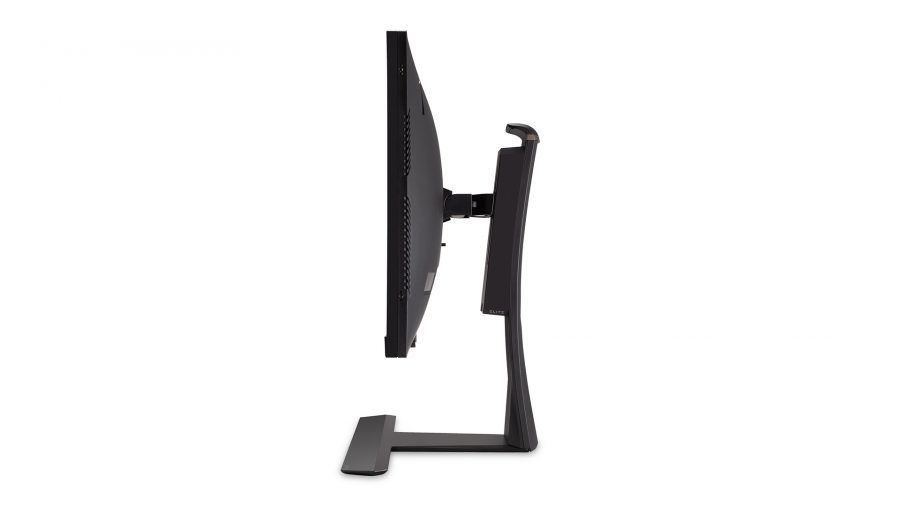 With a dirge of USB ports from your rig almost a certainty in this day and age, at least ViewSonic has been kind enough to lend us a few more. With a single USB upstream connection, you can add three USB Type-A connections right from the monitor. If you end up rigging your mouse up to the rear, you can also put the integrated cable bungies into good use. Yeah, these strange little crocodile clips lock to keep your cables slack for optimal freedom of movement – perfect for competitive gaming elbow-room.

Yet the XG270QG isn’t what I’d call a cut-and-dry esports monitor. It’s far more than that. It’s a bragging piece, a gaming monitor with all the bells and whistles, and one that comes with a high cost: $600 (£669). It’s pricier than the competition (such as the TUF Gaming VG27AQ), however, the panel is gorgeous, the construction is superb, and its truly an uncompromising high-end enthusiast gaming monitor.

The ViewSonic Elite XG270QG delivers the sweet spot of gaming performance: 1440p and 165Hz. There are cheaper alternatives that deliver the same specs on paper, yet the ViewSonic surpasses the standard and offers a convincing set of features to compliment a powerful build. Perfect for gamers with an elastic budget, a competitive spirit, and a trace of ostentation.