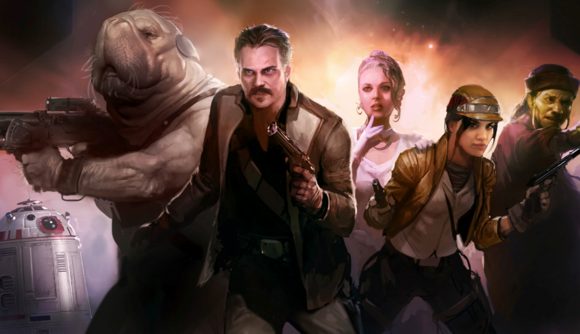 Jade Raymond has left EA. After founding Motive Studios under the publisher three years ago, Raymond is on the way out for as-yet-unnamed new ventures. Samantha Ryan will now oversee the studio, alongside the mobile, BioWare, and Maxis divisions she currently presides over.

Raymond is best known to gamers as the public face of the original Assassin’s Creed, and she was one of the key forces in bringing that game to life. As executive producer of new IP at Ubisoft, she oversaw the launches of Watch Dogs and The Mighty Quest for Epic Loot. Before that, she had a stint at Electronic Arts as a producer on The Sims Online.

She returned to EA in 2015 to found Motive Studios, a division that would help work on Visceral’s Star Wars game and work on new IPs. With Visceral shut down and a retooling of that game in the works at various EA Studios, Motive’s only shipped product is Star Wars Battlefront II – another title they played a support role on. What new IP Motive was or is working on remains unclear.

What remains of the Visceral Star Wars game is getting retooled principally at EA Vancouver, though Motive will continue to support that development.

“In her time with us, Jade helped to build great teams,” EA communications head John Reseburg says in a statement to VentureBeat, “and our projects underway at Motive and other studios continue unchanged. We’re appreciative of all of her efforts, and we wish Jade all the best as she moves on to her next adventure. We are driving greater creativity into everything we do across EA Studios, and we’ll look forward to sharing more in the months to come.”

Ryan now oversees all North American EA studios, with the exception of Titanfall developer Respawn and the EA Sports teams.