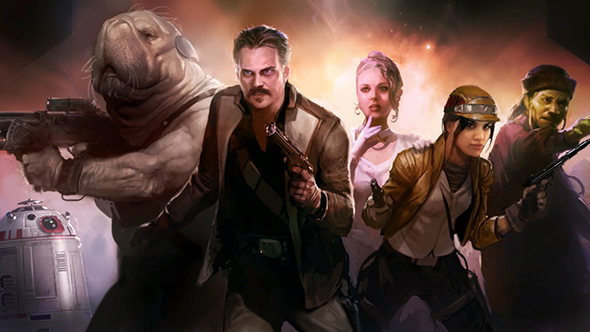 EA shut down Visceral less than two weeks ago, leading to tons of speculation around the publisher’s mandates and whether there would be a future for single-player games there – or in the industry as a whole. But according to a massive new report from Kotaku’s Jason Schreier built from interviews with anonymous former employees, Visceral’s Star Wars project may have been doomed from the beginning.

Console yourself with the best Star Wars games on PC.

The project began as an open-world pirate game, which EA ultimately shut down because of Ubisoft’s then-upcoming Assassin’s Creed IV: Black Flag, and because of their recent acquisition of the Star Wars license. The project shifted from the high seas to deep space, but with the same basic principles of open-world piracy, but things fizzled out when Visceral had to pull from this team to finish work on Battlefield Hardline.

The Star Wars project changed direction entirely when former Uncharted director Amy Hennig came on board, as she wanted to do a linear action-adventure game similar to those Naughty Dog had produced. Codenamed Ragtag, it would feature an ensemble cast in a massive heist caper set in the gritty underbelly of the Star Wars universe. Everyone on the team loved the story.

But even as they began work on the game, the scope seemed to be beyond what Visceral was capable of making. Everyone in the heist team (as shown in the concept above) would be playable, and AI would take up the slack when you weren’t controlling them. It was a style of game the team hadn’t attempted before, they were much smaller than Naughty Dog, and their attention was split between the game and continued support of Hardline.

The reasons that would eventually lead to the studio’s shutdown and the game’s cancellation are numerous, and go far beyond the changing mandates EA’s initial statement implied. The Frostbite engine was ill-suited to third-person games. Visceral’s San Francisco location made them one of EA’s most expensive studios, leading to a constantly rotating set of other, cheaper EA studios coming in to make up for staff shortages. Visceral had shifted to a flat corporate structure without producers, and they had difficulty adjusting to this under the demands of such a massive new project.

There were reportedly pressures from EA executives as well who were concerned with the game’s potential for profit, and how marketable the gritty tale would be to more mainstream Star Wars fans, but these were apparently just a small part of the problems which plagued the game’s development. Regardless of the form the new EA Vancouver game takes, it seems that picking up the pieces of Visceral’s title would’ve been incredibly difficult.

Quotes from former Visceral employees help to tell the tale. “Honestly, it was a mercy killing,” said one. “It had nothing to do with whether it was gonna be single player. I don’t think it had anything to do with that. That game never could’ve been good and come out.”

The lengthy feature is full of far more detail and well worth a read, particularly for how it highlights the difficulty of making AAA games.