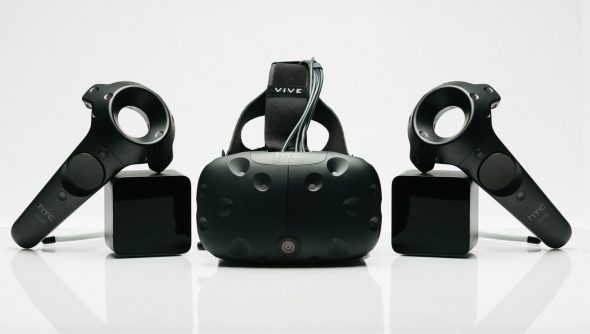 Wealthy people with odd taste in headgear have been suffering through delays after sending HTC shipping containers full of cash for a Vive VR headset. Understandably, such delays don’t go down well, particularly after people have remortgaged their homes for the chance to live out their virtual reality fantasies.

Looking for virtual worlds? Here are the best VR games on PC.

Good news, then, because HTC are now promising an end to delays for purchases after June 7.

As of yesterday, anyone buying a Vive from the official website can expect start messing around in their home, trying to create the perfect setup in their living rooms that are, not surprisingly, not actually designed for virtual reality shenanigans, within 2-3 working days.

HTC notes that it’s a good time to pick one up, because there are now over 200 VR games on Steam. Even better: at least a few of them aren’t just tech demos or nausea simulators.

If you’re on the fence and living in North America, you’ll be able to check out retail demos in certain Microsoft, Gamestop and Micro Center stores.