Update 26 Feb, 2016: Vivendi’s aggressive takeover of Ubisoft continues to build steam, and Yves Guillemot and co are now looking for help from Canada to stem it.

As we reported last month, Vivendi have been going after Ubisoft shares for some time. Now things are beginning to come to a head, despite Guillemot’s attempts to prevent Vivendi taking a clear stake in his company, its reached the point where Vivendi are legally oblidged to officially takeover some of Ubisoft’s smaller assets. Now he’s looking to Canadian official bodies for support in stopping the French conglomerate grabbing the reins entirely.

Not got billions of dollars sitting around? Don’t worry, there are lots of good free games too.

Via a post on Gamasutra, it’s come to light that Guillemot has contacted both the Quebec provincial government and the Canadian national government in the hopes of getting investment to prevent Vivendi’s takeover. There’s a dozen other possible sources contacted as well, and Guillemot recently met with the Canadian Prime Minister, though topics of discussion were not made public. With Ubisoft employing over 3,000 folks in the country across its various studios, asking for this sort of support isn’t outside the realms of sensibility.

See below for more on how this came to pass over the last 12 months. It will likely be September of this year before we know for sure which way the company is headed, as that’s the first opportunity Vivendi will have to make changes to the board of directors who directly influence the company’s decisions. 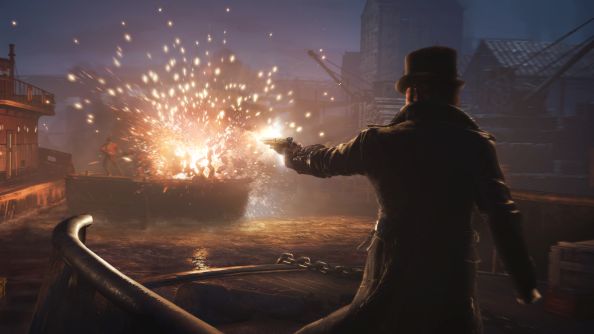 Original Story 15 Jan, 2016:Put on your business hats (mine’s a fedora) and look serious: let’s talk stocks, shares, money and intensely rich people who could buy and sell our entire lives. Vivendi, ex-majority owners of Activision Blizzard, are now fully ex-anything to do with the company, after selling their remaining 5.7% stake for $1.1 billion. The sale also let them regain some cash – and this is where my rudimentary understanding of the inner workings of capitalism falls down, because I don’t really know where from – putting the total extra pocket money for Vivendi to $1.5 billion. Meanwhile, they’ve been slowly buying their way to a majority in both major publisher Ubisoft and Gameloft, a french mobile developer.

Bloomberg‘s got the story, quoting Vivendi as saying that the reason for the move was the incredible rise in value of Acti-Blizz stock over the last year. They’re not wrong, a rudimentary glance at Google Finance by even the most untrained eye reveals a rough doubling across 2015 for the Call of Duty and Skylanders publisher.

However, Vivendi clearly aren’t looking to move out of games completely. Over the past few months, Vivendi have been going after Ubisoft and Gameloft, much to the chagrin of Ubi head Yves Guillemot. Back in October, the shareprice of both companies skyrocketed when Vivendi went all in to the tune of 6.6 and 6.2 percent respectively. Since then, according to this NeoGAF thread, they’ve increased those to 11.52% in Ubi and 25% in Gameloft, with Guillemont and his brothers trying to stay relevant by increasing their own stake. He’s done several interviews where he vows not to let Vivendi take over the company.

Back in October, they were planning to bring in new investors to help keep Vivendi at bay, but they might now be running out of time. It didn’t make a lot of sense for Vivendi to own shares in a competitor while buying out Ubisoft, but that conflict is now gone – not to mention the $1.5 billion they just got to spend how they like. In the same interviews, Guillemont said that Activision boss Bobby Kotick had said Vivendi prevented him reacting as quickly as he would have liked to market conditions, hence the worry. He also wasn’t a fan of the way Vivendi were going about the takeover, simply buying into Ubisoft without consulting them.