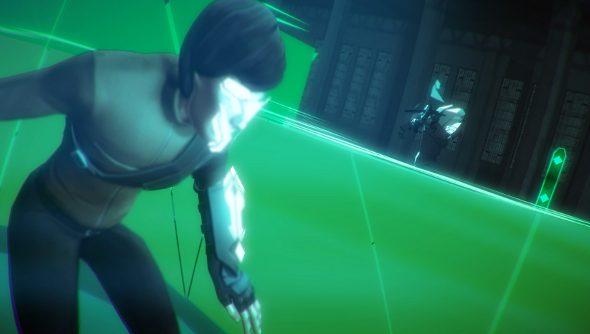 A Volume trailer has snuck out, showing off some of the virtual enemies awaiting Rob Locksley in Mike Bithell’s Robin Hood-inspired stealth game.

Take a gander at the video below, so you don’t get caught out by these digital watchdogs’ special abilities.

The trailer reveals the pawn, a gun-toting guard; the knight, a broadsword-wielding giant; turrets, stationary guns that can track Rob; and finally hounds, digital doggies that, when noticing Rob, alter other enemies.

Volume is due out on PC later this year.