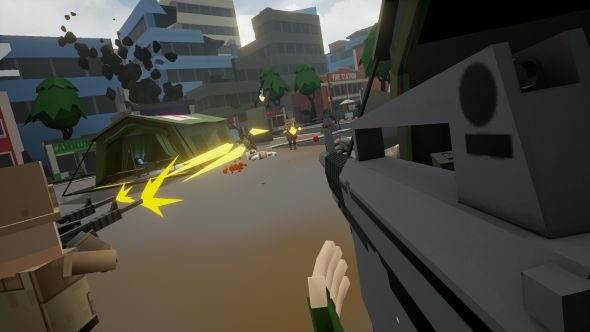 Dean Hall quit Bohemia, where he was working on the standalone version of DayZ, in 2014 to start RocketWerkz. So far, the studio has released one PC title, Out of Ammo, a VR shooter. In a post on the Vive subreddit today, he says that he and his developers are already unhappy with developing for VR, it has proved “very” unprofitable despite hitting internal targets and he defends the decision of some developers to become exclusive to Oculus as the only way their games would have been released.

Read more: we’ve picked out a few of the best VR games.

The post was inspired by on-going anger on the subreddit surrounding a game called Arizona Sunshine that locked some game modes behind CPU exclusivity to the Intel i7. Naturally,some modding lead to it being proved those modes didn’t require it, which meant some extreme anger from the playerbase and the developers quickly releasing an update to make the modes accessible to all. This didn’t stop some users brigading, as Hall put it, for others to refund the game as a protest against what they see as a dodgy business practice.

Hall’s overall point is that the exclusives that so many people hate, and are railed against in a similar way, are the only way that many of these VR games can be produced at all. “The reality is these developers made these deals because it is the only way their games could come out.”

He further explains later on that “Studios need money to make the games. Previously early-stage platform development has been heavily subsidized by the platform makers. While it’s great that Valve have said they want everything to be open – who is going to subsidize this?

“I think this sub should take a very hard look at it’s attitude towards brigading reviews on products, and realize that with increased community power, comes community consumer responsibility. As they say, beware what you wish for. You may be successfully destroying timed-exclusives and exclusives for Virtual Reality. But what you don’t realize, is that has been the way that platform and hardware developers subsidize game development. If we don’t replace that, there won’t be money for making games.” 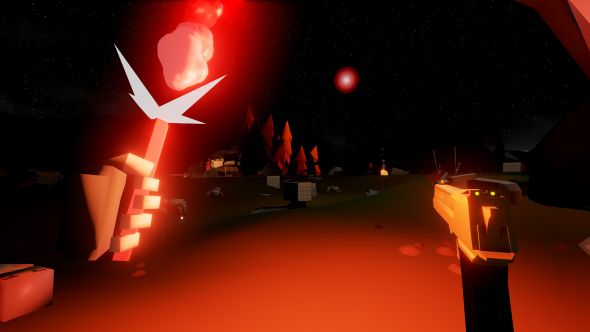 For specifically his game, Out of Ammo, Hall says that it “has exceeded our sales predictions and achieved our internal objectives. However, it has been very unprofitable. It is extremely unlikely that it will ever be profitable. We are comfortable with this, and approached it as such. We expected to loose money and we had the funding internally to handle this. Consider then that Out of Ammo has sold unusually well compared to many other VR games.” He even provides a screenshot of their sales graph as an example of the low impact of feature development that people assume will lead to large, long-term sales gains.

As a final kicker, Hall reveals that he, other developers at RocketWerkz and seemingly the larger development community as a whole is already a bit sick of developing for VR, stating that “Honestly, I don’t think I want to make any more VR games. Our staff who work on VR games all want to rotate off after their work is done. Privately, developers have been talking about this but nobody seems to feel comfortable talking about it publicly – which I think will ultimately be bad.”

The full thing is well worth a read, and Hall elaborates on all these points, as well as pointing out that Valve’s promise of pre-paid Steam revenue for new VR developers doesn’t seem to have come to fruition.