Tobii Eyetracking believes dynamic foveated rendering (DFR) will allow for VR headsets with sizeable resolutions beyond 8K. The company known for its tracking tech has run heaps of benchmarks with DFR, and found it is likely the answer to challenges facing high-fidelity VR headsets today.

Foveated rendering is a graphics technique that operates in a similar fashion to the human eye. Essentially, the central area of a person’s gaze is the responsibility of the Fovea, a small area at the back of the human eye that translates light to your brain the clearest. Definition in your peripheral vision slowly slips into a blurry mess from there – but it’s okay because you don’t tend to notice.

The same process can be applied to rendering a frame in virtual reality. You just need to know where a player is looking to ensure you’re always crystal clear in the right places. That’s where Tobii’s foveation eye tracking tech comes in, Tobii Spotlight Technology, helped along by Nvidia variable rate shading (VRS), which was introduced with the Nvidia Turing architecture.

“VRS applies varying amount of processing power to different areas of the image,” an official blog post by Ajinkya Waghulde reads. “The technology works by altering the number of pixels that are processed by a single pixel shader operation. These operations can now be applied to blocks of pixels, allowing applications to effectively vary the shading quality in different areas of the screen.

“For maximum effect, VRS can also be paired with eye tracking to match optimal rendering quality to the user’s gaze. NVIDIA VRS custom patterns allows developers to optimize the shading density based on foveal region. The smaller the foveal region, the larger the gain from GPU savings.”

And the savings are quite momentous, the post claims. In Tobii’s own testing, which also includes fixed foveated rendering (FFR, assuming a user is staring straight ahead), DFR resulted in an average reduction in GPU shading load of 57%. Effectively equivalent to a mammoth leap in GPU power if this were to be achieved through hardware advances.

DFR significantly reduces the need for peripheral shading, with Tobii testing the waters down to 16% the usual shading rate outside of the foveal region. FFR requires a little more fidelity in the periphery to ensure the user maintains the illusion of full rendering, so the rate of shading is a little more conservative at 40%.

The Oculus Go currently supports Fixed Foveated Rendering, which it reports offers a 21% performance improvement over fully rendering a scene. 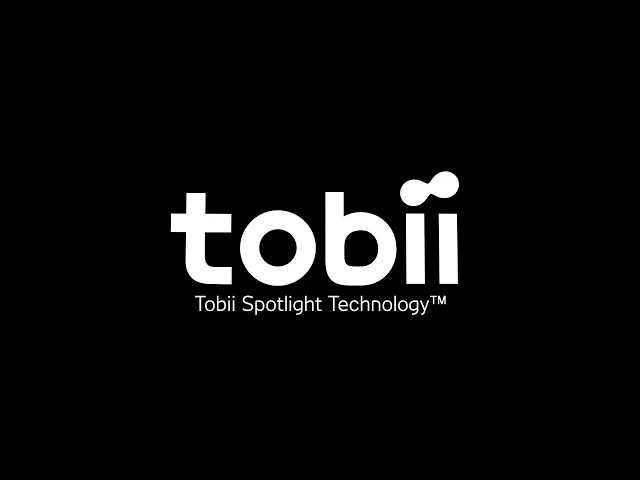 “DFR reduces GPU load so dramatically that it makes resolutions of 8K and beyond possible on future headsets,” the post reads.

Pimax currently offers the 8K Headset, however, most popular headsets fall much shorter of this grandiose resolution. The Valve Index features a 2880 x 1600 LCD display.

With Tobii Spotlight Technology and Nvidia VRS, Tobii insists that high-fidelity headsets are possible – even above and beyond 8K. That’s a feat that would usually require the utmost in graphics card technology to drive, but with some clever rendering perhaps doesn’t have to.