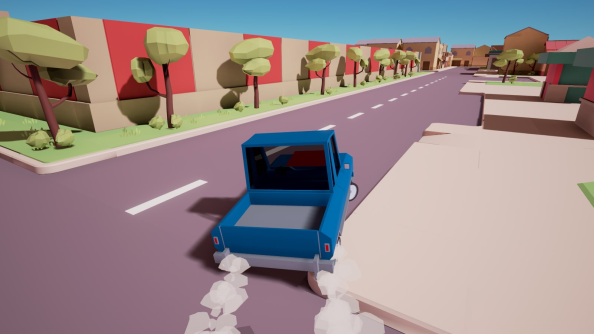 There’s a truck trundling none-too-carefully down a city street, mounting curbs and crashing through piles of scaffolding. As the road deteriorates into dirt, the uneven surface bats the car this way and that, but the driver doesn’t slow down. Instead they race straight up a steep incline and take off – over the sort of sinkhole that would send a local newspaper into meltdown – before landing safely on the other side.

Fancy a long drive? These are the best racing games on PC.

It’s a gleefully reckless scene, reminiscent of the freeform fun in the earliest physics games. Evidently, working on a wobbly driving simulator does wonders for the soul.

For Evan Seaward, Vroomist was a way to break away from a horrible series of nine-to-five web developer jobs in which he felt exploited.

“In the early years of my career I was the lead developer at a company I was working at, which wasn’t the best company,” he recalls. “I had an illusion of being able to call the shots. Once I realised that I quit there and took a leap. I like being my own boss.”

Remembering the childhood Half-Life mods through which he first learned his way around development, Seaward conceived a driving game that was part physics puzzler – working in Unreal Engine 4 for its open source capabilities (“I was looking ahead; if I ran into a big problem, I could write around it”).

Vroomist would be a tool for players to build not only cars, but walking mechs and tanks with rotating turrets – anything vaguely vehicular they put their minds to.

“Before I started I would play a lot of Space Engineers,” says Seaward. “I loved the ability to build your own things. There were a few other games I liked – World of Goo, Besiege and Robocraft. I liked the puzzle of, when you failed, going back and doing it again. Failing was the most fun part.”

In single-player Vroomist you might be tasked with getting from A to B, without succumbing to the chasm blocking your way. Inevitably, you’ll end up piloting your makeshift vehicle straight into the hole – before returning to the drawing board and redesigning something fit for purpose. 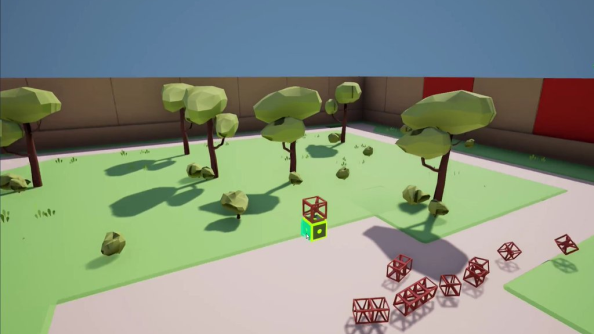 “I ended up building a tower car, thought it would work, but it just fell over and exploded,” laughs Seaward. “Now I get a bit distracted just building my own things and realising two hours went by.”

Players pick a core structure for their car, and then slather it in ‘systems’ – hinges, motors, Mad Max-like spikes and blades – before plonking the result into the game to let Newtonian physics do its worst.

For multiplayer, Seaward is planning races, capture-the-flag, and deathmatch modes comparable to US TV series BattleBots (or, if you’re British, Robot Wars). In the latter, competitors will put together their own vehicles – potentially against the clock – and test them against each other in an arena dotted with traps. Run out of time and they could be left steering a car with fewer than the requisite number of wheels. Hectic hilarity is the goal.

One of the biggest development hurdles, beyond getting it all working, has been knowing when to restrict flights of fancy. 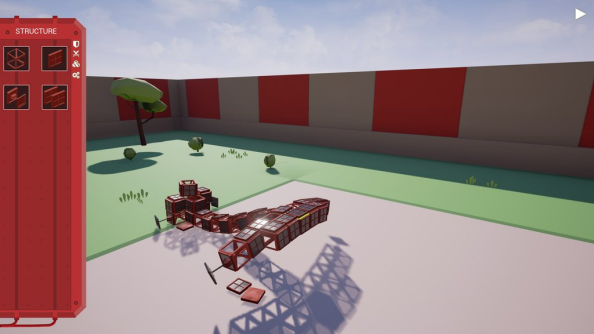 “You want to give the player the freedom to build whatever they want,” explains Seaward. “But if you give them too much freedom they’ll build an indestructible death cube. Or something that deliberately explodes and makes little pieces fly around the map.”

Often, however, the real-life restrictions of engineering step in to handle overpowered vehicles.

“I find that the physics engine itself balances things out,” says Seaward. “They might think they can build this massive indestructible machine, but the wheels might just crack off the second the game starts.”

When Vroomist first appeared on Steam Greenlight, an anxious Seaward stayed up for two and a half days straight – but a nascent community gave it big, green thumbs up. Why? Maybe because, like a lot of surprise building game successes in recent years – Space Engineers, Besiege, Kerbal Space Program – Vroomist empowers players to fall on their bums and learn the hard way.

If they struggle with that idea, there’s another way: Steam’s Workshop and Guide sections. 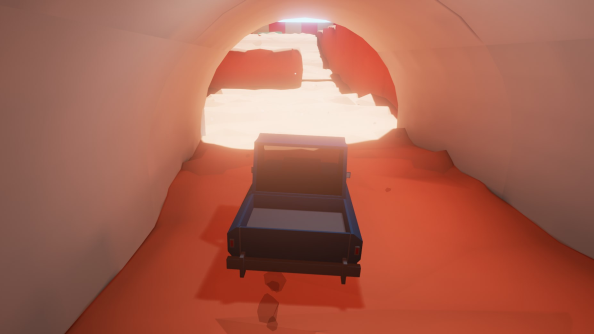 “In some games the only way to get better is to react quicker to someone shooting you,” points out Seaward. “In this, if you really want to, you can read a player guide of how to design the best car, or look at others’ creations and work them out.”

Seaward’s plan is reliant on a community ready to put in the work and help each other out. None of that is guaranteed – but he’s off to a promising start.

“I woke up one day and realised there was someone with a Twitter account exactly like mine, but instead it said Vroomist Community,” says the developer. “It turned out to be a Russian guy who was translating everything for me. He even made a [Russian Facebook equivalent] VK account. It’s a bit hard to communicate with him through the language barrier, but he did it out of passion.”

You can find Vroomist on Steam Greenlight. Unreal Engine 4 development is now free.

In this sponsored series, we’re looking at how game developers are taking advantage of Unreal Engine 4 to create a new generation of PC games. With thanks to Epic Games and Evan Seaward.