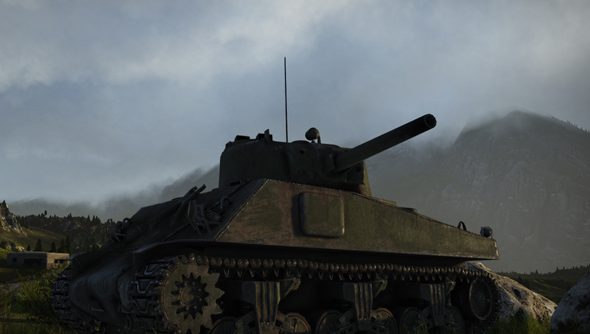 The closed beta for War Thunder’s tank-based Ground Forces mode has been well under way since the start of December, but the time has now come to let another set of pilots descend from the sky and control a vehicle more content with the forces of gravity. The second wave of players will be granted access to Ground Forces from today.

To be one of these players, you will have had to complete a series of mission objectives that were set in November, as part of a daily challenge system. If you completed those, then your access to Ground Forces could be just hours away.

If you are a member of the closed beta, you can pick up some Advance Packs from the store at the moment, which Gaijin promise will become collector’s items when the open beta lauches, as these packs will be taken off sale.

For more details on Ground Forces, you can check out Gaijin’s development diaries here, here, and here.

In all the excitement with Ground Forces roaring into life, you may have forgotten that it’s the Winter Festivities at the moment, as with all good online games. Up until January 12th you can compete in challenges you bag yourself a heavy Soviet bomber TB-3 and Grumman XF5F aircraft. Plus, playing between 1-10th January and completing all challenges will net you a week’s worth of Premium account access.