Infectious pop music, horned helmets, and flat-pack furniture rank among Sweden’s greatest exports. Typically, tanks don’t make the list. But an awesome array of Scandanavian Earth-churners are coming in War Thunder’s new update, Viking Fury, which flies the flag for Swedish engineering. This is your chance to test their underrated might in the field.

The 20th century’s biggest tank battles were dominated by Britain, Germany, Russia, and the USA. These nations are responsible for iconic designs like the Tiger, Sherman, and Patton. While Sweden’s contributions to the armoured vehicle scene aren’t nearly as well-known, they still pack just as much of a punch, built as they are to deal with the country’s unique topography.

Take the Strf 90C, a souped-up beast that saw action in the Afghanistan war. With thermal vision, a laser rangefinder, and advanced mobility able to deftly navigate the Nordic subarctic climate, snow and wetlands are no match for you. It can even hit speeds of 45km in reverse thanks to a 550hp diesel engine – handy if you need to make a sheepish retreat. Tank aficionados will also appreciate the robust, practical look, distinct among War Thunder’s existing ranks. It’s as if someone went and weaponised an anvil.

As well as this, Viking Fury rolls out older Swedish light tanks such as the Strv m/31. Built in 1932, it features sharp acceleration, excellent front armour, and a powerful Bofors 37mm anti-tank gun capable of going toe to toe with any other medium tank out there. So impressive was the Bofors 37 gun, several countries bought the license to produce it themselves. General unreliability meant only three Strv m/31 tanks were ever made, and none saw action, so War Thunder marks its debut on the world stage. And, as a bonus, the engine won’t conk out on you like it tended to in real life. 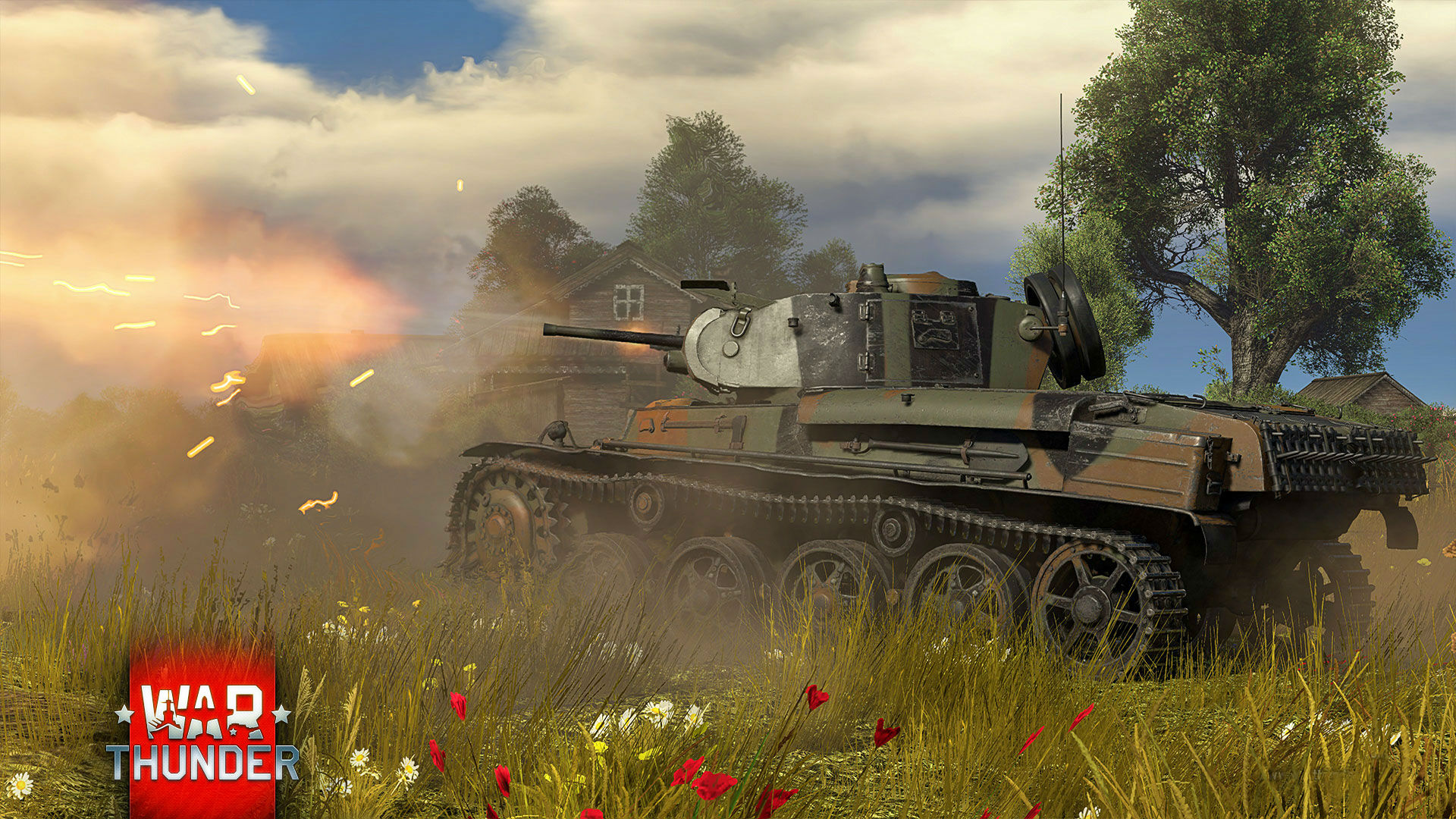 A few years later the novel-looking Strv m/40L came along. You don’t see many tanks with twin machine guns mounted on the front, making this the tank so good they mounted machine guns on it twice. This improved Stridsvagn m/31 model has upgraded armour, improved suspension, and a faster engine, too. A successful overhaul, these tanks were deployed in the Dominican Republic civil war of 1965.

From the real-life streets of Santo Domingo to the virtual world of War Thunder, the Strv m/40L is more than capable of holding its own. Reach the top of rank I to get access to it. Keep in mind the thickest armour lies between the turret and hull, so make sure to present this part during duels.

You can take these tanks for a spin on Viking Fury’s all-new Sweden map, an urban sprawl taking cues from Stockholm’s old town. But it’s not just Swedish tanks you’ll find in Viking Fury – the update contains over 60 completely new war machines in total. The Soviet navy, for example, receives the light cruiser Sverdlov, better known as ‘The Tzar of the Seas’, or less popularly, ‘The Big Wet Metal Tzar’. Stalin commissioned it to patrol the Arctic, Baltic, Mediterranean, and Black Sea in the aftermath of WWII, and shipbuilders willingly obliged out of pure fear. 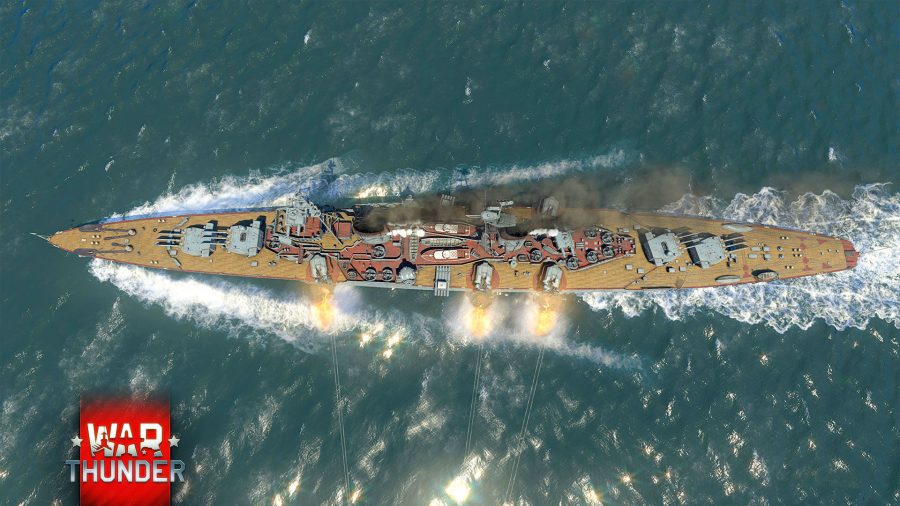 Anything within 5km of its lethal 100mm and 37mm guns are considered well and truly in range. You might be in range right now actually. Fun fact: a Soviet delegation sailed to London on board the Sverdlov for the coronation of Elizabeth II. Everyone was impressed, but it was the Cold War, so also hugely panicked. Just tense as Hell.

The US Air Force, meanwhile, gets a hefty care package in the form of the Douglas A-4B Skyhawk jet. Originally built in 1954, this single-seat subsonic attack aircraft played a key role in both the Vietnam war and Falklands war thanks to its blistering speed (more than 670mph) and versatile load-out (missiles, bombs, and other munitions). Two 20mm Colt Mk.12 cannons make up its primary armament, but their relatively low ammo capacity demands trigger discipline.

It’s entirely your choice what you want to bring for the secondary ordinance, whether that’s unguided rockets, air-to-air missiles, unguided bombs, or 20mm gunpods. Owing to its undoubted dominance, the Douglas A-4B Skyhawk is still in service with the Argentine Air Force and the Brazilian Naval Aviation today. That’s 65 years of being a very loud jet and counting. You’ll find the Skyhawk at rank VI of the American aviation tree. 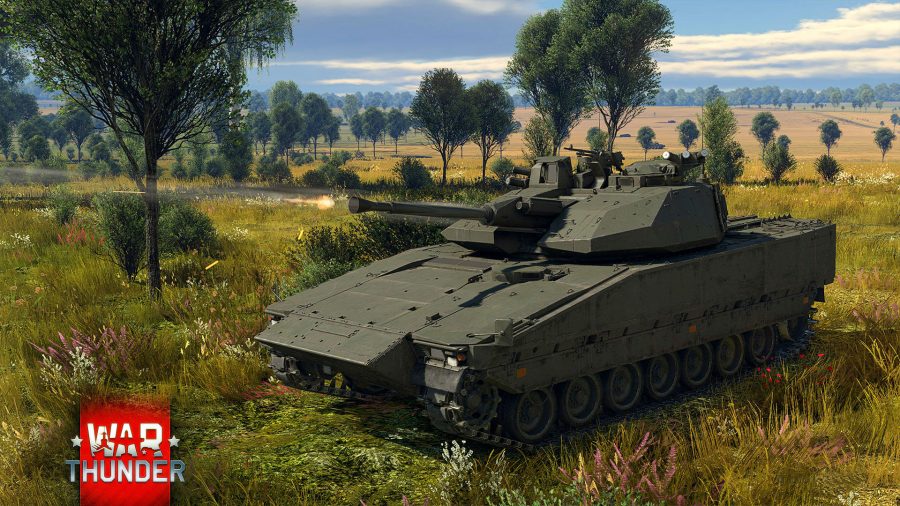 These are just a few of the many vehicles heading to War Thunder courtesy of Viking Fury, which is scheduled to arrive mid-March. Check out what previous War Thunder updates brought you with these articles detailing SAM systems and radar, night vision, and a legendary D-Day cruiser.

To get your hands on all this, head to the official War Thunder website and start playing the game entirely free right now.