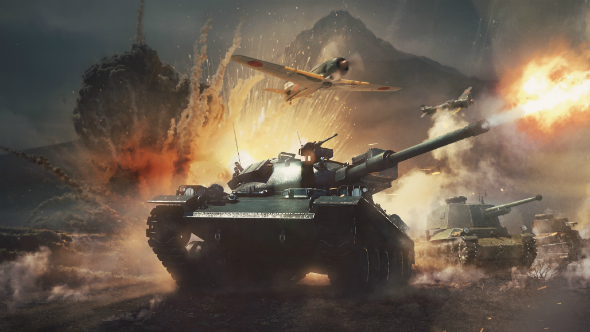 It’s been one year since Gaijin overhauled War Thunder’s Ground Forces component with the addition of the British tech tree. Now we’re staring down the menacing barrels of a brand new batch of tanks, anti-aircraft vehicles and tank destroyers: the long-awaited and distinctive Japanese tech tree.

Need some beginner tips for War Thunder Ground Forces? We’ve got you covered.

As with any tech tree in War Thunder, there are plenty of hidden gems, utter disappointments and great all-rounders to discover, avoid and work with respectively. Grinding through the tiers will take a lot of work, but knowing which vehicles to unlock first will save you from getting stuck with a near-useless tank that you’d be best off saving until last to unlock. Just as the German tanks are buried under thick plate armour and British tanks are lumbered with solid-shot AP shells, the Japanese tech tree has its own general quirks for you to overcome before you can master it. 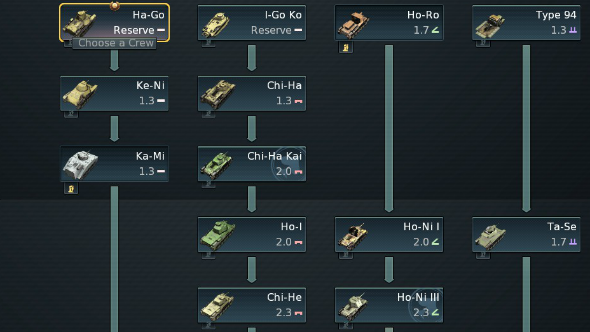 Historically, Japan has always lagged behind the rest of the world powers where tank design is concerned. Early models followed the French doctrine of tank design, which saw tanks as tools to be deployed alongside and in direct support of infantry. Of course, War Thunder doesn’t have infantry, so the lack of heavy armour is a consistent blight throughout the early stages of the Japanese tech tree. Just about any tank in the game can kill an early tier Japanese tank with a single shot, and weak spots are everywhere, so your enemy won’t have to think too carefully about where they’re shooting.

The combination of having both thin and angled armour also means you can’t rely on tactics like angling to deflect shots. Early tier Japanese tanks are guilty of having all their crucial components crammed into very obvious spots – if the first shot doesn’t kill you, it will either ignite your ammo racks or knock out vital crew members. Your best bet is to stay hidden, and always get the first shot in any firefight.

Mercifully, that first shot is usually all you’ll need when using any Japanese tank, as their shells come packed full of so much high-explosive filler that most successful penetrations will net an instant kill, or at the very least incapacitate vital crew members for long enough to land a follow-up blow. So – in theory, at least – you’ll be able to give as good as you get, provided you’re patient and get the first hit in. This is more of a problem in Realistic Battles where respawns hinge on how well you’ve done before dying.

One last general strength regards gun depression for Japanese tanks, which is excellent across the board and compliments players who adopt a hull down approach in Ground Forces. Most Japanese tanks can lower their gun from between 15 and 20 degrees, making them formidable in the right terrain and especially when going up against American tanks. 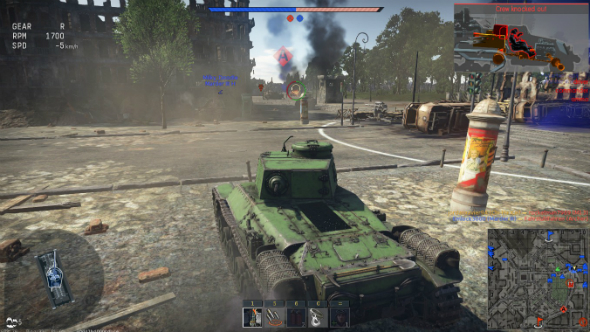 Not only is the road to the Chi-Ha Kai one of the Japanese tech tree’s most gentle routes, the prize is a well-rounded medium tank. While ordinarily that’s nothing to shout about, the fact that it’s the only serviceable Japanese tank in the early tiers makes getting this tank an achievement worth celebrating.

Like many of its ilk it suffers from poor armour, which can even be penetrated by anti-aircraft guns. To make up for that its armour is better sloped, with plenty of curves and unpredictable angles at the front that increase the odds of shells bouncing off it entirely.

Also unlike the tanks that come before it, and moreover the light tanks it shares a tier with, the Chi-Ha Kai has a gun with solid penetration. Its main armament is a high-velocity 47mm gun, which means that while it does less damage than its predecessors, it’s much, much easier to break through armour – a persistent problem for early tier tanks in general. Your best bet with this tank is to use its penetration to target crew members; it takes a little longer, but it’ll allow you to take on a greater variety of enemies without having to rely on flanking tactics. 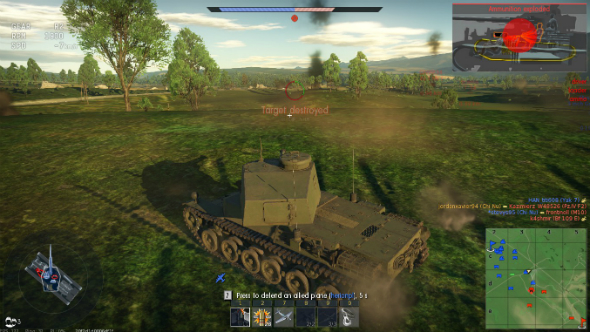 The Chi-Nu marks a significant design shift from all previous light and medium tanks of the Japanese tech tree in that it actually looks like a tank. Better news still, it works like one too. Gone are the underpowered guns of yore – the Chi-Nu has a 75mm main gun which puts it on level ground with the American Sherman and the German Panzer IV. It’s also got armour, and while it’s not enough to soak up rounds, most hits will at least be survivable.

It’s also quite fast for a medium tank. The biggest improvement however is with the turret traverse speed, which is one of the worst characteristics of the other early tier Japanese tanks. This makes peekaboo tactics, angling, and defending in close-quarters much easier. Couple that with the excellent gun depression of the Chi-Nu and you have a perfect pillbox fighter. 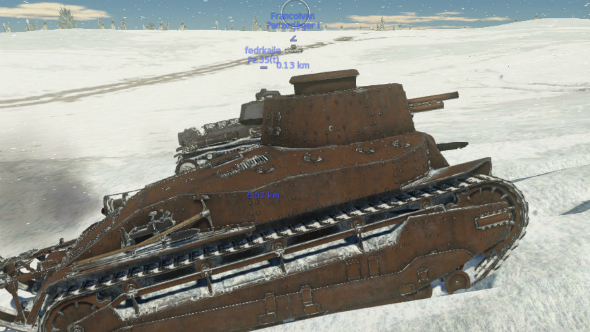 The fact that it looks like a tractor should tell you everything you need to know about this early tier Japanese light tank. This is one of the reserve Japanese tanks, and it’s definitely the poorer of the two. Its profile is enormous, which would be fine if it had thick armour – it doesn’t. It’s also quite slow, with a top speed of just 30 kilometres per hour.

Its saving grace is its main gun, a 57mm howitzer-style gun that allows you to fire over hills, albeit with severely reduced shell velocity. It’s a decent gun for a reserve tank but you’d do well to get that first, crucial shot off in a tank that resembles an oversized Dalek. Historically, it was deployed during the Manchurian Incident in 1932, and was effective at destroying pillboxes and buildings – large targets that don’t fire back. 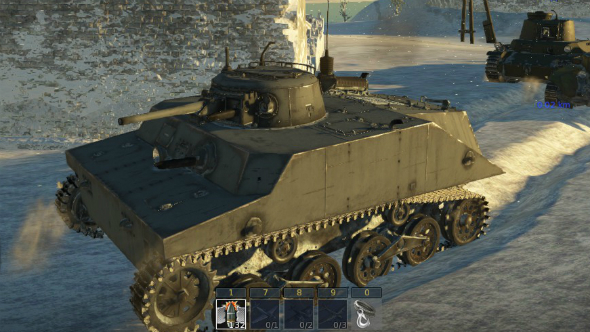 The Ka-Mi’s only hope in a firefight is that its sheer cuteness will dissuade enemies from attacking it. It is utterly useless. First off, it can’t float, which is remarkable considering it has two props on its rear – like the Sheridan, it’s an amphibious tank presented in the game without its flotation devices, which historically were ditched upon reaching land. The Ka-Mi also has some of the thinnest and least sloped armour in the game. It’s also outrageously bulky, has a poor main armament and a pitiful turret traverse speed. Do not rush to get this tank, even though it is absolutely adorable. 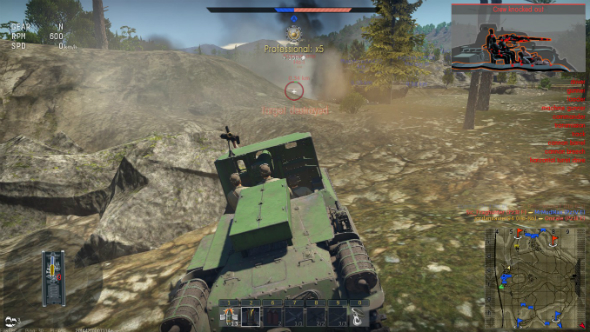 All you need to know about the Ho-Ro is that it has a 150mm howitzer that’s capable of taking out even fifth tier tanks, and thanks to its high-explosive shells, one round is all you’ll need. Of course this staggering armament comes with downsides, like low-velocity shells that you’ll essentially have to lob at your enemies. The carriage itself is quite difficult to maneuver, and the limited turret traverse only exacerbates that issue. But nothing compares to the Ho-Ro in terms of its one-shot kill capacity. This tank destroyer is best deployed in a supporting role, where it can shoot from behind natural cover or hold down entire streets, out of sight from the front line where its lack of armour will see its exposed crew picked off in a flash. 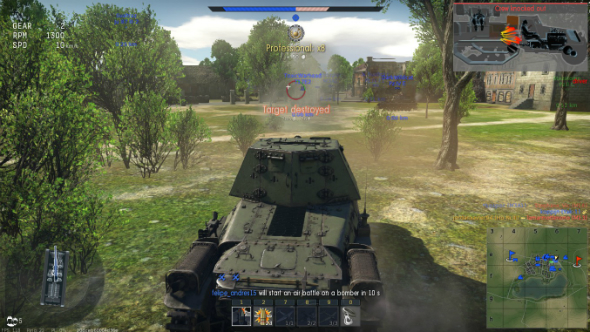 If there is an issue with the Ho-Ro’s howitzer, it’s that it’s overly reliant on its HE potential rather than solid penetration values. The Ho-Ni III swaps out the howitzer for a long-barrelled 75mm gun, and gains some better armour, turret traverse values and mobility in the process. This is the well-rounded uncle of the Ho-Ro, and while its potential is somewhat depleted, you definitely won’t struggle to punch holes in the opposition. 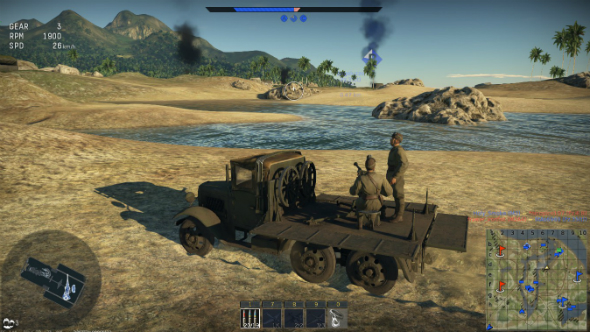 The first Japanese anti-aircraft vehicle is actually one of the best in the tech tree. It’s a truck-mounted 20mm cannon, which is hardly remarkable on paper. However, the truck it’s mounted on actually makes it surprisingly sturdy. That’s because the truck has both no armour and almost nothing to hit – most shells will pass through the Type 94 without ever exploding. The 20mm cannon can also punch through the armour of most early tier tanks, which makes this a versatile supporting vehicle, especially in urban areas where it can loiter around corners to defend ground positions while still being able to target aircraft. It’s not as useful elsewhere, as its lack of tracks mean it struggles to traverse rugged terrain and its open design leave it vulnerable to aircraft. 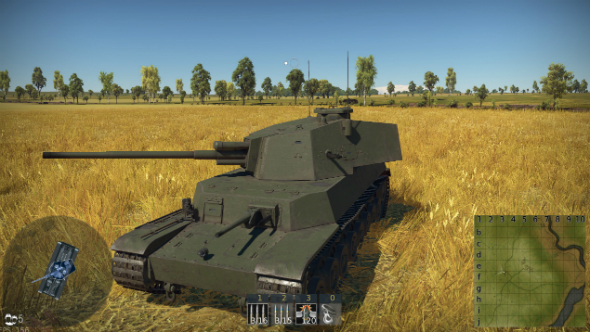 Finally, a tank for trolls. This beastly third tier tank is the first of its class in the game to use an auto-loading mechanism, which means you can fire three shells in quick succession before having to reload. On the one hand that opens up a huge number of tactical possibilities; on the other it means that once you’ve fired all three shots you’re in for a huge reload time of over 30 seconds. But the trade-off is certainly worth it. There’s a lot of fun to be had with that autoloader, like firing one shell to trick an enemy out of cover, or spamming all three to ensure complete destruction to nearly anything it will face.

There are huge drawbacks, like the weight and slow speed. It’s also huge, and unlike heavy tanks lacks complete armour, especially at the rear, which is packed with ammo racks. But the fact that you can unload three shells into an enemy within six seconds is what this tank is all about. 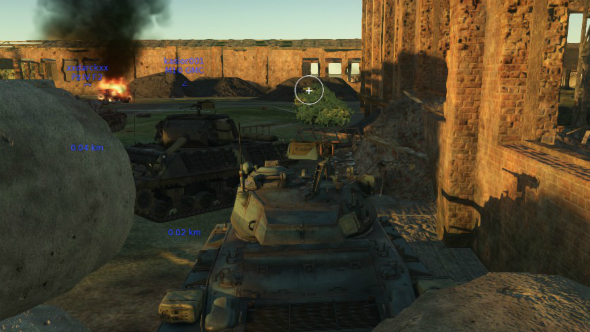 If this tank looks and sounds familiar, that’s because it is. The Japanese M24 SDF is identical to the American M24 Chaffee, as a number were given to Japan’s heavily sanctioned post-war military in 1954. While they weren’t used to much effect in real life, in War Thunder, the M24 SDF is one of the best light tanks in the game, and certainly a vast improvement over the previous light tank in the Japanese tech tree, the Ka-Mi.

Thanks to its 75mm main gun, the M24 SDF can punch through any tank in its tier with ease. However, unlike the Chi-Nu and the Ho-Ni III, the M24 is among the fastest tanks in the game, and its incredibly low profile makes it an adept flanker. Unlike practically every other Japanese tank before it, the M24 has almost no flat or barely sloped armour, which means it can shrug off machine gun fire and ricochet some heavier shots. Its pièce de résistance is its vertical plane stabilizer that lets you fire accurately while on the move. On urban maps like Advance to the Rhine, the M24 reigns supreme.

What’s your favourite Japanese tank in War Thunder? Let us know in the comments below.