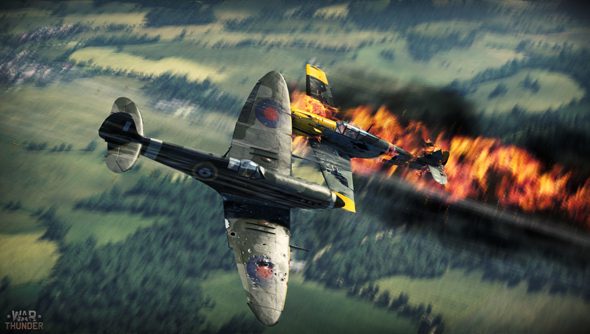 War Thunder is one of the best World War 2 games on PC – a period flight and tank sim specialising in combat of the ground-to-air-and-back-again variety. It’s seen ginormous success on Windows, where you could find five million War Thunder players a year after its launch in open beta.

Now you can play it on a more rarified platform for PC gaming: Linux.

Linux users should pop over to the War Thunder site and download the client for free. They can then – and this is the bit that’s changed – install and use that client. Check the official FAQ for detailed installation instructions.

Only 64-bit systems are supported, and a Full UI launcher is yet to arrive – though it’s possible to change those settings in-game. A Steam Linux version, too, will appear at a later date.

There’s nothing to stop Linux users from continuing to use War Thunder’s Wine version if they prefer, even if they’ve installed a native client within the same folder.

The best bit is that Gaijin have conducted “extensive testing” to ensure that Linux users can play cross-platform with Windows, Mac and PS4 types. Truly thunderous. Do you War Thunder?