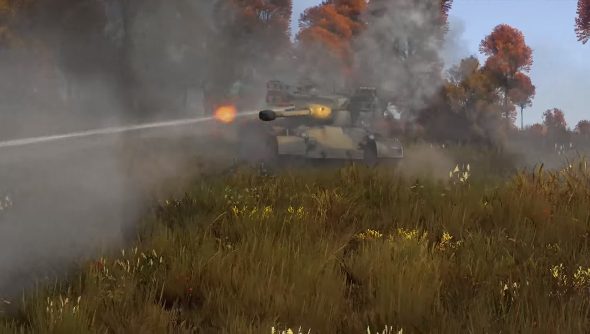 War Thunder’s latest update, Firestorm, is just a bit massive.The 8GB patch includes a bunch of new maps, including a tank battle in Stalingrad, new missions and a slew of changes to game mechanics, damage and crew skills.

War Thunder made it onto our list of the best free Steam games.

New vehicles are being flung into the game with wild abandon, as well. 26 of them, spread across Great Britain, Germany, Japan, USA and USSR are making their way into the game.

And while you take a new tank for a spin in one of the new maps, why not try knocking down some buildings? The destructible environment system has been expanded significantly, allowing players to blow up whole buildings. The goal, eventually, will be to make everything destructible.

The patch notes are appropriately large, so you might prefer watching a seven minute video detailing the changes instead.