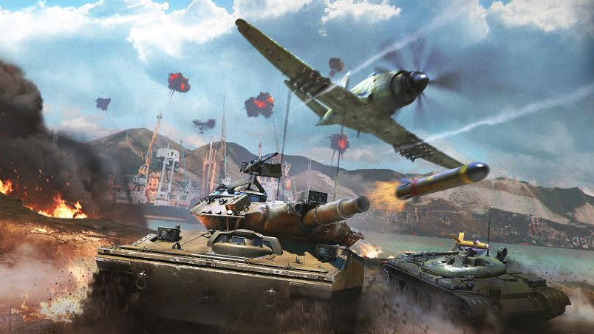 Gaijin have announced update 1.59 for War Thunder today, and it’s a doozy. Tellingly named the Flaming Arrows update, this bundle of content and fixes brings an intriguing and potentially game-changing new feature to the War Thunder’s ground forces: player-guided missiles.

Want hours of content without spending a penny? Check out the best free PC games.

Four nations will be receiving a ground unit equipped with the new weaponry, which will allow players to readjust their shots, fire at enemies behind cover and of course… miss their target entirely. You can see them in action in the short clip below.

Additionally, Just when you think they must be running out of vehicles to release in-game they come up with another 25 out of seemingly nowhere, all with lots of letters and numbers that make them easy to confuse with one another. In case you haven’t been keeping up-to-date on War Thunder’s vehicle tally, this update will push the total number of vehicles – across ground forces and aircraft – to 700.

Update 1.59 will also include two new maps, one of which is an aerial map set in the skies over the British Channel. The second map is a massive ground forces map based on the Russian port of Novorossiysk on the Black Sea and is designed to cater to both ranged and close-quarters tank combat.