BlizzCon 2021 is now firmly behind us, and one of the most obvious MIAs was Warcraft III: Reforged. The ill-fated remaster of an RTS legend, Reforged had a comically bad launch. Less than optimal communication created unrealistic expectations, and when the highly anticipated strategy game released without many of the staple multiplayer features that the classic version enjoyed, the internet reacted poorly.

That’s not to mention the visuals were not in-line with what many were expecting. To make matters worse, Blizzard removed the classic version of Warcraft III from sale, and from being accessible to the playerbase. It’s perhaps not surprising then that the RTS game is sitting on a 0.6/10 Metacritic score with over 30,000 ratings. As BlizzCon 2021 came and went, a lot was said about Diablo 2’s remaster and the lessons that have been learned from Reforged’s disastrous launch, but what about Warcraft 3 itself? What’s going on with it?

Based one what we’ve managed to glean so far, not much. In an interview with VentureBeat on February 22 Blizzard president J. Allen Brack confirmed that a team was working on an update for Warcraft 3: Reforged, stating “there’s going to be more updates… We have a team that’s continuing to work on Reforged.”

A report back in January from Bloomberg’s Jason Schreier talked about how there had been a major internal reshuffling at Blizzard, with the original team who worked on Reforged pulled. This is somewhat backed up by a recent statement from known community figure FollowGrubby. 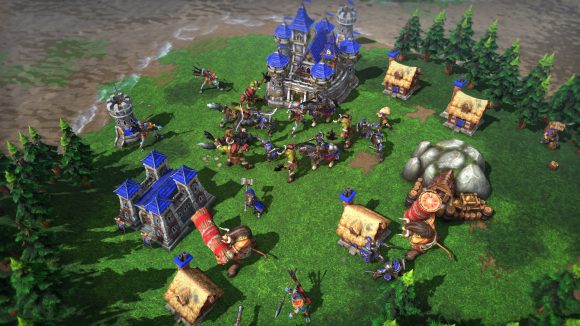 In an update on his YouTube channel, Grubby relates how Blizzard didn’t really speak about the Reforged project at BlizzCon, and also reiterates the behind the scenes development changes. He then goes on to talk about how much of the recent progress with Reforged is coming from the ‘Warcraft3Champions’ mod team, also known as ‘W3C’.

We recently looked more in depth as to the impact this team have had in reviving the Warcraft 3 multiplayer scene, especially as many of the key features the community needs are still missing. Currently, it is not known what the Blizzard team is working on, although during the VentureBeat interview Brack mentions tournament features directly, and also stated “there are additional features we want to continue to think about and add.”

It’s probable then that Blizzard will eventually add in some of the missing multiplayer features, at least. Player profiles and a formal ranked system were referenced in a developer update in August 2020, but nothing has been heard since. 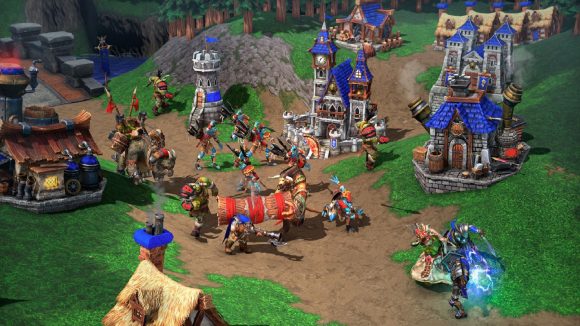 Official activity on the Blizzard forums is currently non-existent, the most recent notice being patch notes for update 1.32.9 in October 2020. There’s plenty more that the community wants as well, such as clans, automated tournaments, as well as various Battle.net features like stats.

In the meantime, all we can do is wait and hope. We reached out to Blizzard for comment on a timetable for new patches, but hadn’t received a reply before publication of this article.