Warcraft 3: Reforged might not be hugely popular right now if Metacritic user scores are anything to go by, but that hasn’t stopped one creative player from getting stuck in and reimagining what the game could be. Modder Serj Vasylyshyn has posted videos showing the game reworked into a third-person RPG.

Shown in two videos posted to YouTube this week (which you can check out below), the RPG-style makeover of the real-time strategy game’s mechanics and gameplay gives us a whole new, up-close-and-personal look at its remaster. In the first demo, the player’s character takes on a Rock Golem head-on, and it feels like a totally different kind of fight outside of a top-down view.

Like a good third-person RPG, the threat of combat feels more immediate and frenzied rather than strategic. You can also see a battle rage in the second video, and while it looks a little clunky this close-up, it’s great to see soldiers battle grumpy, arrow-shooting skeletons from inside shelf-lined castle halls, groaning with dusty tomes.

While it’s been possible to experience Warcraft 3 RPG-style and from a third-person perspective with mods in the past, this seems to be the first attempt to recreate the overhaul within Warcraft 3: Reforged. Get a look below. 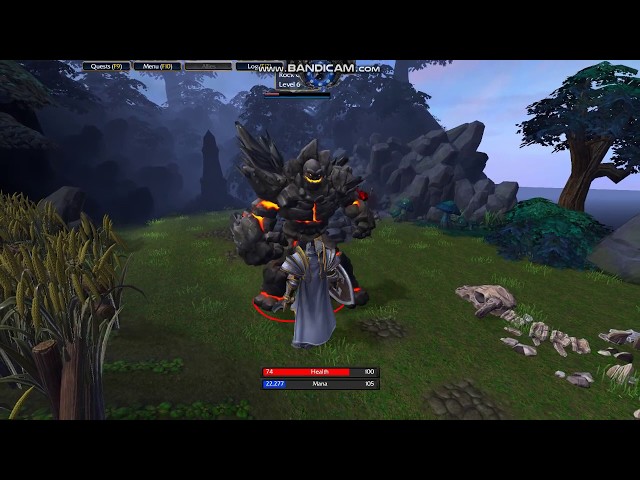 Here’s the second video, too:

While the creator says it’s a work in progress he’s still finishing at the moment, he indicates he’ll try to get it finished sometime soon, and that it’ll be “single-player, at least for this development stage” in replies to users’ comments.

In response to a question about the Warcraft 3 custom games policy, which indicates custom maps made in the game will belong to Blizzard, Vasylyshyn says: “It changes nothing to me. I’m having fun making it. Maybe someone [is] gonna have fun playing it. No matter who will be marked as author.”