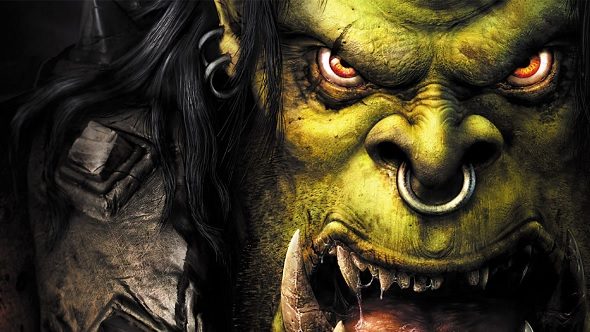 Dota 2, League of Legends, Unleash, and Legion TD 2 – not many games will influence another title, let alone an entire genre, but Warcraft III’s impact can be felt far and wide. It wasn’t the excellent campaign or multiplayer that made ripples, it was the combination of its intricate map editor, large community, and easy-to-use online service.

All of these factors enabled people to make mods that experimented with the RTS format. The fresh takes on the genre that came out of Warcraft III attracted hordes of passionate fans who would return to play them day after day, suggesting further tweaks to the creators that refined the new game modes and map designs

The most creative and popular ideas were able to grow beyond Warcraft III and eventually make the transition into a separate game altogether, spawning some of the most popular games ever made.  It is worth taking a look at the lasting influence of Warcraft III, then, to see how we got to where we are today.

Want more? Check out the best strategy games on PC.

League of Legends and Dota 2 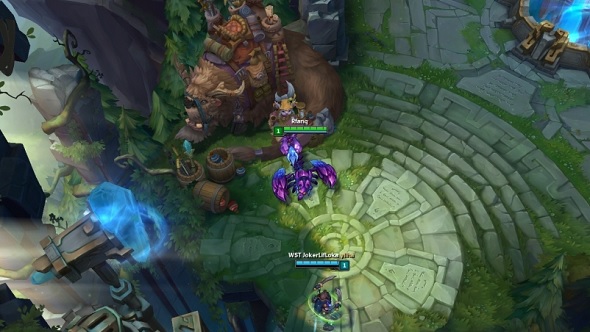 League of Legends and Dota 2 are two of the most important games of the past decade. Both have a huge presence in esports, defined the MOBA genre, and make millions upon millions in yearly revenue. In 2016, League of Legends had more than 100 million monthly users, making it the most popular game of its time.

The mod worked well because it took advantage of several features native to Warcraft III, such as hero levelling, experience points, and collecting items – all of these became integral to the competitive aspect of the gameplay. These features not only gave the game a clear sense of progression in each match, as you could level up and buy better equipment, but also helped to build strategies around certain heroes. 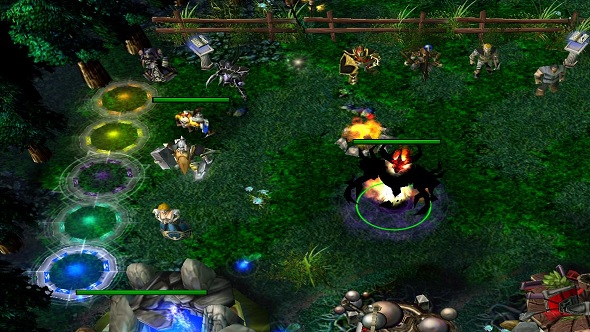 What really propelled Defense of the Ancients is the fact that Blizzard created an environment where editing an existing map was as simple as joining a game. You just had to download the file and then open it in the World Editor. The impact of this meant that, when Eul – among the first people to work on Defense of the Ancients – unlocked the code to the mod, numerous variations began to appear. Warcraft III, at its best, is host to a collaborative culture, where players can share their own creations, or alterations to existing games such as new heroes.

Not long after Defense of the Ancients was unlocked, a player called Guinsoo (Steve Feak) picked the best characters from the variations on the mod that had emerged, creating a new game called Dota Allstars. It was at this point that Defense of the Ancients really began to take off and eventually become the genre-defining titan that we are so familiar with.

The original Legion TD was a wildly popular custom map for Warcraft III that has been played by more than one million people. A 2v2 competitive tower defence game, it was made by Julian Gari and Brent Batas, who have been modding since middle school.

While they have an obvious talent, the two crackerjack modders attribute much of their success to the platform Warcraft III gave them to work with. “The World Editor was not only powerful but also accessible,” Gari tells us. “It allowed younger gamers and people without coding backgrounds to become game designers. This led to hundreds of new games every week, which fostered the custom game community for years.” 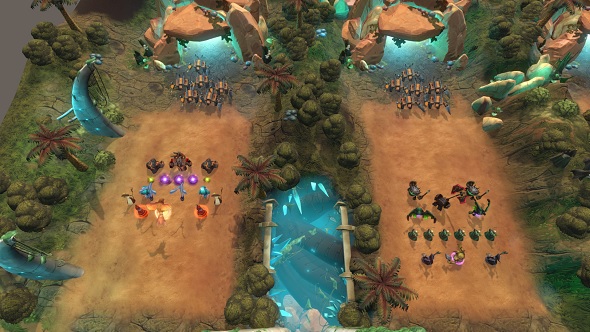 With so many Warcraft III mods available, though, Gari says that the “environment was all about trying new games.” It fostered a community that was willing to try an unknown creation and to even give the author feedback to improve it – without that we might not have the MOBA genre at all. “A lot of Warcraft III mods were unpolished and raw but still fun because of a little secret sauce,” Gari says. “I think developers have taken that secret sauce from some of the more popular/successful mods and built a more polished game on top.”

The pair have since gone on to do this themselves by funding their dream of creating Legion TD 2, a standalone sequel now available on Steam, after a successful Kickstarter campaign in 2016.

Unleash, created by DeSync Studios, is a forthcoming tower defense game that takes inspiration from popular Warcraft III mods such as Wintermaul. The project leader, Jakob Rasmussen, describes how he and his friends watched as some these creators made the jump to creating a game.

“[Dota 2 and League of legends] started as Warcraft III mods and grew into games in their own rights,” Rasmussen tells us. “We were inspired by those game’s success stories.” However, unlike games such as Legion TD 2, which are made as standalone sequels to a mod, Rasmussen and his friends never did create custom games in Warcraft III. 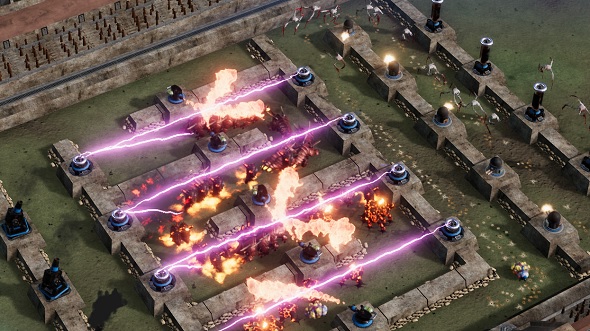 As with Gari, Rasmussen finds that Warcraft III’s World Editor and its powerful set of tools is what has led to its lasting influence, the game living on through those that have succeeded it, taking over PC gaming far and wide. “It gave the game further longevity. In many ways, Warcraft III is a make-your-own-game platform, or it kind of evolved into that,” he says. Even though Rasmussen and his team didn’t make use of the editor themselves they have benefitted from the creativity it enabled.

Behind the success of these Warcraft III graduate titles is a passionate community that centered on creating new ways to play. While it is very dated these days, the legacy of Warcraft III lives on, continuing to shape game genres, if not directly through its editor then through the inspiration it brought out in people.

It seems appropriate to end on the words of the man who has been working on Warcraft III’s Dragon Ball Tribute mod – a personal favourite of mine – for over a decade: “The Warcraft III community has become smaller over the years. Newer games, like Dota 2, have pulled away players of certain custom games, but the incredible thing is that I frequently run into people that I haven’t played with for over a decade. It’s a game that people come back to.”