Warface is set to receive its biggest updates yet. So big, in fact, that it might be more accurate to collectively call the series of content drops that will roll out between now and the end of 2019 something of a reboot. It all starts with Warface: Titan, which introduces a fifth playable class that looks like the Terminator. Officially billed as SED, this beefy metal monstrosity wields both a heavy chain gun and a grenade launcher, tearing up the battlefield with the sort of brutal power that would make Arnie blush.

For those out of the loop, Warface is a free-to-play military shooter that launched back in 2013. Developed by Blackwood Games, itself made up of many of the staff who worked on past Crytek offerings such as Far Cry and Crysis, its now absolutely heaving with PvP modes (ten), PvE operations (11), and registered players (80 million across all platforms).

Despite over six years of history, Blackwood games tells us it’s still growing. We were invited to a guided hands-on session of the new update to test drive SED, during which our hosts killed us mercilessly over and over again across several new maps and modes (honestly, they didn’t hold back).

The event kicked off with a free-for-all deathmatch on Widestreet, a large village map with plenty of ambush spots – perfect for taking SEB through its murderous paces. Its gatling gun, the XM556 Microgun, holds plentiful ammo, able to fire continuously for way longer than you would an ordinary rifle. In practice, this means you can start shooting before you even see your enemy without worrying about your clip running dry during the encounter.

You really can exert your whims on the battlefield, and it’s a powerful feeling

The seemingly unending ammo and slow-building overheat threshold almost qualifies it as an area-denial weapon, like a Molotov or claymore. At one point, we pin someone inside a house by firing at the doorway and forming a deadly bullet barrier. You really can exert your whims on the battlefield, and it’s a powerful feeling. Holding down the trigger while walking around blind corners isn’t subtle, and will give away your position immediately, but it gets the job done. It also happens to be the tactic we adopt when entering into arguments – if you don’t stop talking, they can’t reply, right?

Despite this gusto, the Titan excels at one-shot-kills, too. Any shot to the head instantly incapacitates enemies. And when you’re firing off hundreds of rounds, that’s a real attribute, because any single one can prove deadly. Running and jumping widens your reticule, however, so you’ll need to move slowly for maximum accuracy. And moving slowly is something you’ll have to get used to with the Titan; it’s a hefty class that pays for its firepower with laboured movement that can expose you to the wily tactics of more nimble players. 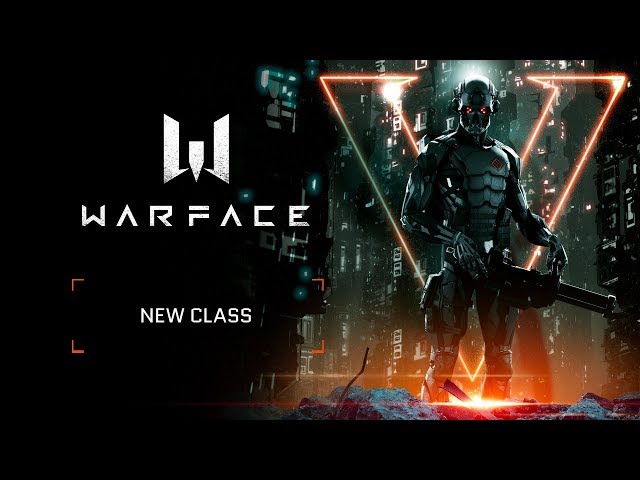 Case in point: one way to counteract the Titan’s sheer strength is sliding. Often, we’d go to shoot someone only for them to perform a darting slide right under our bullet stream. By the time we can adjust our aim, we’re already dead. So, if you hear the Titan’s Gatling gun start churning, slide on your knees and keep your head out of harm’s way (another useful argument tactic, by the way).

While weighed down by bulky armour, SED is the only class that can climb obstacles without help from other players. This comes into play on the Motel map as we vault a dumpster and hop over a wall to catch enemies unaware with our microgun. Just like in real life, anything climbable is helpfully signposted with a bright green arrow.

If you’re not gelling with the default weapon, you can whip out a second, the CZ 805 G1 grenade launcher. With only two grenades and a painfully tiny blast radius, however, anything but direct shots are easily shrugged off. It’s more a firearm used to initiate encounters rather than end them, shot from across the map or into crowds during king of the hill mode. On the Mars map, we take a position up high and blast onrushers in our base before ducking back behind cover, our squadmates mop up the remainder. 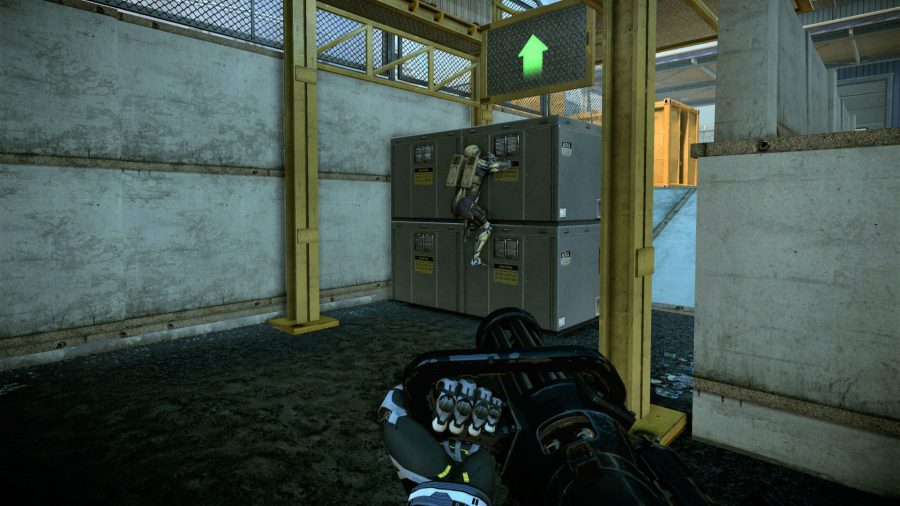 The devs tell us you’ll be able to customise your SED, too. Hopefully there’ll be some kind of spooky seasonal garb in the upcoming Halloween update. That’s free, as all of Warface’s updates are. Speaking of which, Blackwood Games has published its roadmap for the year, and 2019 is looking packed. Beyond Titan comes the release of a low gravity map set on Mars, a revamped shooting range tailored specifically for each class, a wave-based PvE mode in which you must defend a base from hordes of AI attackers, and finally a festive Christmas update, which brings with it novelty weapon and character skins.

With over 70 maps and one hundred weapons, Warface feels like one of the more complete free-to-play shooters going. The SED class only adds to that, a tanky figure diversifying firefights and giving you more options on the battlefield – whether that’s mantling up a wall for the height advantage, lobbing explosives into crowded corridors, or mowing down foes with a sustained barrage of bullets. While we don’t yet have a firm release date for the update, SED will find his way into the game some time this month  – you can prep by downloading Warface for free on Steam, and start practising for the stream of updates coming your way before 2020.