The Black Ops 3 multiplayer-only starter pack Activision released this week is the first step towards tackling a big problem. Every year, the big shooters erect an expensive new barrier to split their audience. Just today, 19,752 Steam users were playing Black Ops III at its peak – but more than 9,000 others were spread across Black Ops II and Modern Warfare 3.

It’s sometimes hypothesised that the big guns of military shooting would be better served by a service model: a single, free-to-play multiplayer client forever updated in the fashion of LoL. Well, Crytek’s Warface is exactly that – a CoD-style FPS that’s been quietly plugging away outside Steam since the latter half of 2013.

“We chose to use the game-as-a-service model because we believed that by regularly adding new features and new content we could create an experience worth coming back to again and again,” says Warface online operation producer Loic Raimond. “I think the success of Warface is really down to the fact we’ve delivered on those original ambitions over several years.”

Raimond has some theories as to why Warface has survived long past its first birthday. He credits the pacing, the collaboration between classes, the feedback when players pull the trigger, and the “fun special moves” (lest we forget, Warface’s soldiers slide horizontally like snowboarders while squeezing their SMGs). 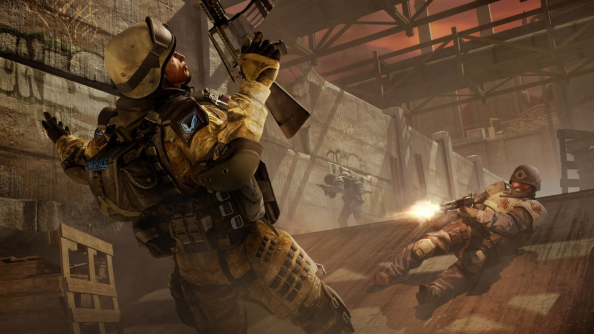 “There’s also some serious depth in there,” he reckons. “The intense co-op missions really do encourage a sense of unity among players. On top of all that, there are new events running constantly and new items being added to the game all the time.”

Beyond that, it would seem that the PC is at least partially responsible. In stark contrast, the Xbox 360 version of Warface was shut down within a year. At the time, Crytek stated that they were bound by publisher Microsoft’s decision to phase the shooter out on the console.

“We believe that at the time we released Warface on Xbox the ecosystem wasn’t flexible enough to support games-as-a-service,” explains Raimond. “On PC we can add new content, patch, and optimise faster – and by doing so we can react to feedback from our community right away. All this makes for a better and more sustainable service.”

Warface is most widely played in Russia and Eastern Europe, where operators Mail.Ru have built a playerbase of millions of registered users and a competitive scene. What’s seemed remarkable there has been the wholesale acceptance of free-to-play features that audiences in Western Europe and the US tend to remain wary of – temporary paid unlocks and, in co-op, arcade-style respawn coins. 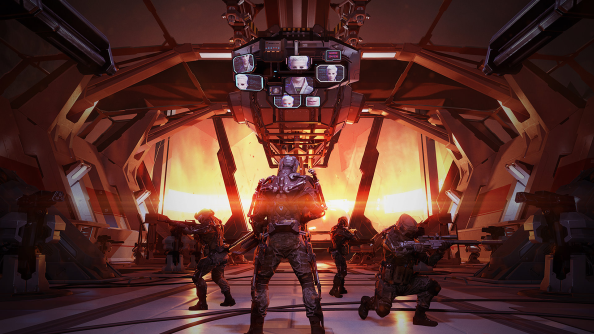 “In our experience, players [in the West as a whole] were pretty comfortable with these mechanics from the outset,” says Raimond. “But I think that’s down to how we conceived the game right from the start. You have to build trust with players and show them that they can achieve everything in the game for free.”

Crytek do appear to have adapted those systems over time. Warface’s newest update, the co-op special operations mission Earth Shaker, can be played for free every day and limits the use of respawn tokens to one per level (“We believe that all players should be challenged”).

“The fact we’ve had such an active community for so long means we also have a good handle on the type of content they most want to see,” Raimond believes. “So to some extent, the game has evolved alongside their feedback.”

That feedback seems to have changed Warface for the sillier. Early criticism of the name failed to credit Crytek with the self-awareness evidenced by images like this one: 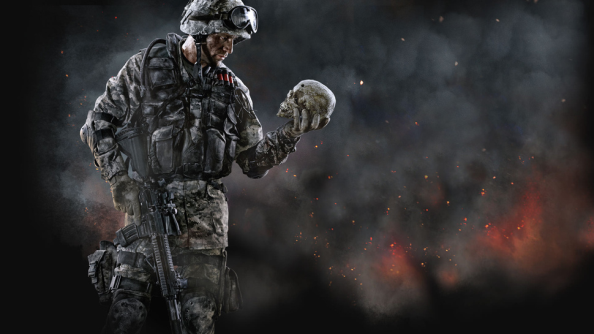 , and the game has only become more eccentric since – setting mech battles in Serious Sam-style coliseums and, for Earth Shaker, going full volcano base.

“Blackwood – the evil corporation that the Warface squad is out to destroy – has access to a ridiculously large amount of resources,” justifies Raimond. “Like any villainous organization in that position the obvious step is build a futuristic lair inside a volcano, right?”

Warface isn’t going to ditch its strait-laced military presentation any time soon – but Raimond reckons there’s scope to explore the sillier side of the game as it lives on, becoming more cartoon and colourful.

“There definitely might be some additions now and then that would bring a bit of an unorthodox flavour to the game,” says Raimond. “We have run certain events that went down really well with players, and these showed that our audience is pretty receptive to new ideas that are, as you put it, more colourful!”