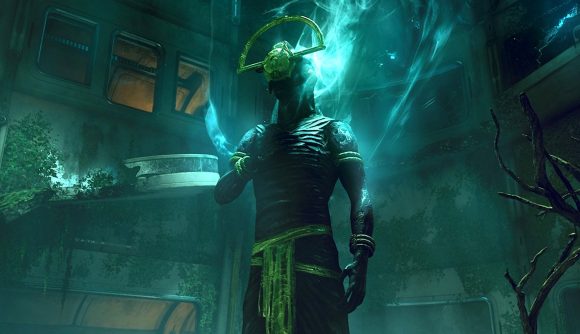 As part of the latest  Warframe devstream held last night, developer Digital Extremes revealed that the next expansion will be called Angels of the Zariman. The DLC will be “the direct follow-up” to last month’s The New War expansion, will add new game modes, and will drop as part of the Warframe 31.5 update.

Warframe’s The New War expansion was the last big update for the live-service game, and it paid off a few major storyline threads as well as introducing a few more. Digital Extremes has already promised to “make 2022 our best year yet” for Warframe – and now, in the latest developer live stream held yesterday, the team went through a few ways in which it’s going to do that.

The biggest announcement was for the Angels of the Zariman expansion coming as part of update 31.5, “the first major content update” for Warframe in 2022. According to the team, the expansion will include “at least two brand new game modes”, a new quest, a new Warframe, and some “quality of life reworks”.

Apparently, the February dev stream will offer “a huge deep dive” into the new Angels of the Zariman expansion so be alert for that. The official Warframe Twitter account revealed the first piece of concept art for the DLC that shows a new area coming to the game.

Our first post-New War expansion: Angels of the Zariman is coming soon!

Get ready for a new Quest, a new #Warframe, new game modes and much more. pic.twitter.com/235Zt8GuK4

Next up for Warframe on February 9, however, is the 31.1 Echoes of War update – which will allow players to replay The New War, along with further quality-of-life changes, new augments, and the return of the annual Star Days Valentine’s Day event. In other words, there’s a lot happening next month in one of the best ninja games on PC. Stay tuned.