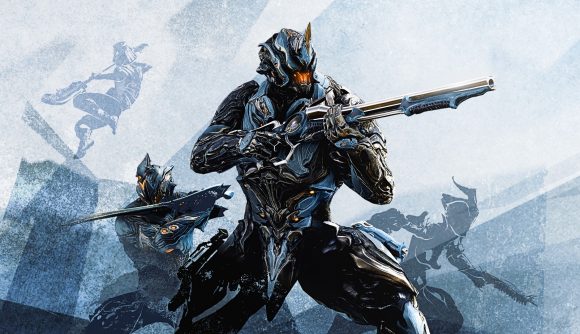 Warframe is coming up to eight years old! To celebrate, developer Digital Extremes is hosting a month-long event with challenges, contests, rewards, livestreams, and even some merchandise for good measure. Why, if you log into the space game right this second you’ll net yourself a Dex Rhino skin.

The event is now live and is set to run until May 17. Each week you’ll get several in-game alerts that will, well, alert you to the chance to earn Dex-style gear, fashion frame accessories, and items that you may recognise from the past seven years. This week you’re getting two alerts and a weekend credits booster with the Dex Sybaris, weapon slot, and Excalibur Dex skin up for grabs. Next week, meanwhile, you’re getting another two alerts and a weekend affinity booster alongside the Dex Dakra, weapon slot, and Dex Nouchali Syandana.

If you’re feeling a tad competitive, there’s also an event running to see who can get the best footage of themselves beating a tough boss with their buds. If you fancy entering the Squad Take-Down Contest, you can find the link here. The winners will snag an Octavia Prime for their efforts.

Week of May 3: two alerts and weekend credits booster

Week of May 10: three Alerts and weekend affinity booster

The event follows Warframe’s recent Call of the Tempestarii update, which features a new Quest, the Railjack system revamp, and the new Warframe, Sevagoth. Oh, and there’s a rather catchy sea shanty, too – well, space shanty in this case.

If you’re looking for more action games, you can hit that link.