Warframe’s Halloween-style event for 2020 has kicked off in-game. Called Nights of Naberus, the action-RPG game’s “ancient festival of death and mischief” means Daughter’s not donned her best spooky season costume, but she’s also dishing out a bunch of limited-time goodies. Plus, developer Digital Extremes has announced a batch of other content and updates alongside the festival – so there’s plenty in the way of tricks and treats for Tenno.

“On Naberus, beauty is banished. Rot and monstrosity hold sway. And Daughter couldn’t be more excited!” the studio announces in an update post. To get Tenno into the spirit of the spookiest time of the year, Daughter’s taken creepy to the next level, being covered in what look like bloody handprints, a necklace with bits of paper depicting dangling limbs, and a crown of shards. But, as you can see in the trailer below, there are pumpkins strewn about. So that’s ok then.

During the event, Daughter will be offering limited-time rewards via her Necralisk store – specially themed after Naberus right now – in exchange for Mother Tokens.

“Get the bone-chilling Whispering Naberus Mobile and listen to a gruesome tale narrated by Grandmother in the comfort of your Orbiter, or enjoy an assortment of Glyphs, Emblems, Skins, and Blueprints,” the post says. All of the above is available until November 9 in Daughter’s shop. 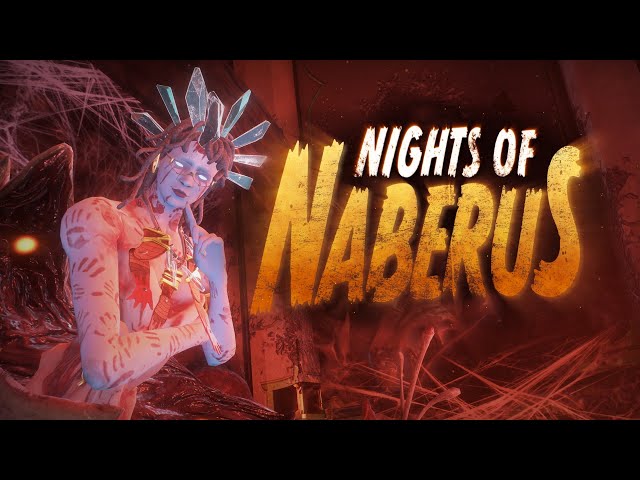 As for other updates, the dev announces a new set of styles to rock in the post: the Oscira bundle. This “high-tech” line includes armour, a sugatra, and a syandana, as well as rifle, thrown blade, pistol, bow, and longsword skins. Alongside these are some reductions to “Railjack Resource costs required to yield Helminth Secretions” across the board, and the studio says “Resources will be delivered to the Inboxes of players who own a Railjack and have a Helminth installed sometime after the update launches” – so keep a weather eye out.

You can find out more on Warframe’s site, and also take a look at our list of the best free PC games if you’re on the lookout for some other treats to try.