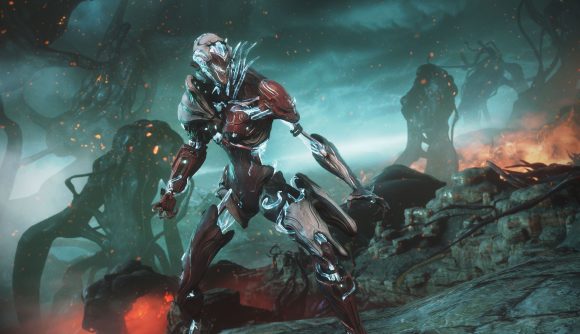 Digital Extremes has made some adjustments to Warframe‘s upcoming Helminth System ahead of its launch in the Heart of Deimos update. Some of the infused Warframe abilities have been nerfed, while the Mastery Rank requirement to access the new system has been lowered.

The Rhino Warframe has seen the damage increase of its roar ability diminished, Mirage’s Eclipse power has seen the same alongside a cap on damage deduction, and Valkyr’s Warcry has seen its attack speed increase reduced. Other changes include Protea’s Dispenser duration being reduced, Nidus’ Larva radius lowered, and Wukong’s Defy armour capped.

It’s worth pointing out that the changes only apply to infused Warframe abilities in the Helminth System, and not the original battle suits themselves. Digital Extremes also points out that it’s still tinkering with the exact values of the abilities listed above. “It was apparent in player feedback and playtesting that these infused Warframe abilities had the potential to be the overwhelming choice; which is not ideal,” Digital Extremes explains in a forum post. “Instead of changing the ability outright due to those concerns, we decided to give them slight rules when infused.”

If you’d like to read the full update yourself, you can find it on the Warframe forum.

In case you’ve been out of the loop, the Helminth System is an addition to the Helminth room on your spaceship. Once the Warframe Heart of Deimos release date hits, you’ll be able to use it to customise your Warframes by swapping in new abilities in place of old ones.

If you’re curious about what else is coming this week, you can read up on the new Warframe Xaku and the abilities that go with it. For all the other upcoming PC games this year, you know where to click.