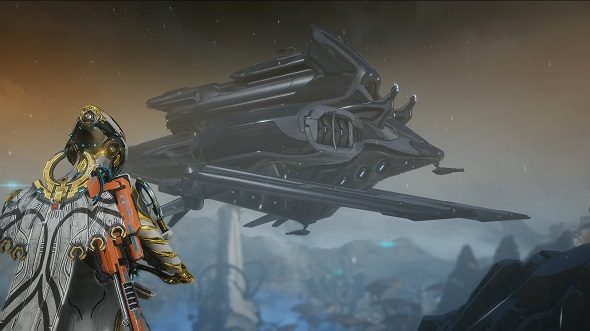 Railjack looks like the most ambitious Warframe update yet. It adds co-op spaceship battles where you can hop out of the ship and board the enemy’s craft, which is a hefty addition to make to a game that’s celebrating it’s fifth birthday this year. Railjack was shown off with a live gameplay demo at Tennocon 2018 to rapturous applause from the crowd there.

But while we got to see how Railjack works and a complete mission from start to finish, Digital Extremes did not reveal when you can expect to play Railjack. We spoke to Warframe’s creative director Steve Sinclair just before the live announcement and while he didn’t provide an exact launch window for Railjack, he did give us with a rough idea of when we’ll get to play it. “I’m hoping that I can get a version of it out this year,” reveals Sinclair. “It will probably be late in the year, but wouldn’t that be a great closer to the year? We always try to do a big cinematic or dramatic update. Once the team recovers from Tennocon we’ll figure out what it’s going to take to get it out to our players.”

For more reveals from Tennocon, we also have information of two new Warframes and the new open-world Venus expansion.

So there you have it – we might be hopping aboard our own spaceship and taking down enemy cruisers by the end of the year. It’s important to note that this isn’t a firm Warframe Railjack release date and Sinclair was keen to point out that they’ll be revealing more information during developer streams over the coming weeks.