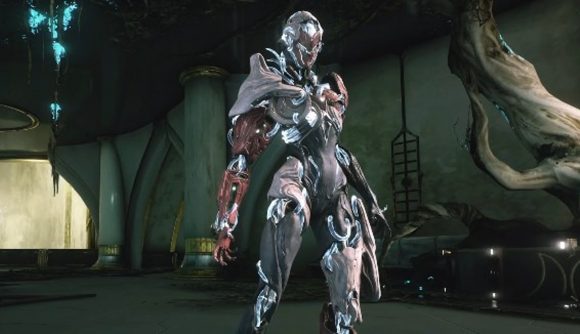 Digital Extremes has given some details on three new additions to the Warframe roster set to arrive before the end of 2020. The reveals came during the Art of Warframe panel that opened this year’s TennoCon.

The warframes are Xaku, a “Frankenstein-type”, the “mad scientist” Alchemist, and Wraith. While each is its own unique creation, they do all carry a unifying theme – they all started as fanart. In Xaku and Alchemist’s cases, the original creators were involved on a freelance basis as Digital Extremes brought the characters into the space game, but for the other, things went even further. Wraith’s designer, Liger Inazuka, is now a full-time artist at the studio, designing in-game skins, and had pitched Wraith to the team a number of times before getting the go ahead. You can find some of the older Wraith ideas strewn across Reddit.

Some details were given for each, as the line-up broke down a little of what players can expect when these are rolled out. Xaku’s armour has custom movement, and its signature weapon will be a Warfan. Alchemist’s powers will involve, well, alchemy, and some detachable serpents on their body, and Wraith will have a sniper-like secondary weapon. The only suggestion towards a release schedule was that Alchemist will follow Xaku.

You can watch the full panel below. More news is expected from TennoCon this evening, including the next expansion, Heart of Deimos, so watch this space.

In other Warframe news, the ninja game is getting a hard mode soon, which will surely provide plenty of challenge for these new warframes.