Warframe is a game about being a space ninja and shooting and slicing your way through various kinds of space baddie with style and grace. Now it’s also part Guitar Hero, too: developers Digital Extremes have added playable stringed instruments to the game, and naturally players have already figured out how to play the internet’s favorite sadness song, Despacito.

What’s nutty is how much flexibility you get with an in-game Shawzin. They have three strings and three frets, and Warframe lets you pluck notes using any combination of these. Hitting the Tab key lets you switch between scales, so you can play in pentatonic major, hexatonic, or chromatic as the mood dictates. The sound is remarkably authentic, for better and for worse, as you’ll be able to tell from the examples below.

Naturally, the Warframe community has enthusiastically taken to the Shawzin – these are the folks who cover every possible surface in their spaceships with fuzzy stuffed animals, after all. One player created a custom macro to play MIDI files in the game and uploaded a video of their Tenno expertly playing Through the Fire and Flames by British power metal band DragonForce. 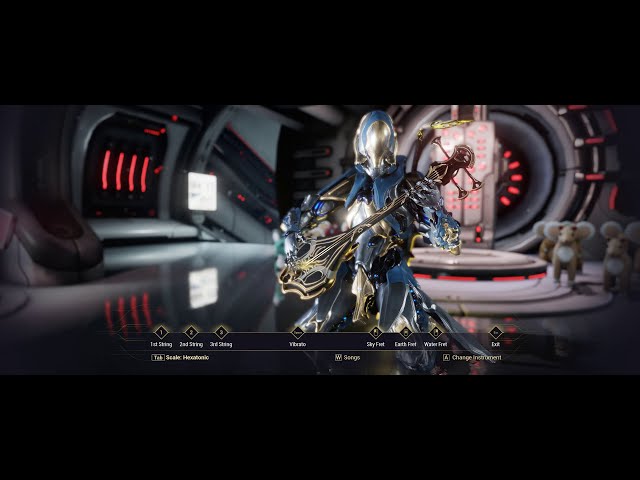 Naturally, someone has also figured out how to play a few bars of Despacito (“That’s so sad, Lotus play Despacito”):

Shawzin are available in-game now, and they join the new warframe Gauss, who’s all about speed. And you’ll have to be quick to hit all the notes in Through the Fire and Flames!